In the run-up to the 2012 Summer Olympic Games, there has been a deluge of print, TV and internet coverage on everything from infrastructure upgrades, security concerns, cost overruns, political shenanigans and especially the human interest stories that make the athletes and their accomplishments transcend from the simply incredible to the mythic. Much is also made of the spirit of the games – the bringing together of athletes from every corner of the world to compete and excel in competitions on behalf of their nations – in a venue that celebrates success without punishing the defeated. With the eyes of world focused on one place and one series of events, especially in this age of the 24-hour news cycle, it seems hard to believe that there is anything not widely known about the modern Olympic movement.

It is fairly common knowledge that the Olympic tradition began in Ancient Greece. Legend has it that the Games’ roots go back to the Greek hero Heracles, who built the original Olympic stadium to honor his father Zeus. Records exist for the Games between 776 BC and 393 AD, although they may have begun even earlier than that date. The Ancient Olympiad tradition appears to have ended during the reign of emperor Theodosious I, who outlawed any practices with pagan ties.

The modern Olympic movement dates from the 1896 games held in Athens. Pierre de Coubertin, a French Baron, spearheaded the 1894 congress held at the Sorbonne in Paris that paved the way for the full revival of the Olympics and the 1896 Games. The 1896 Athens games were the first games held under the auspices of the International Olympic Committee (IOC), the body that continues to oversee the Olympic organization, but there were several lesser-known events that inspired the creation of the IOC and the Games as we know them today. 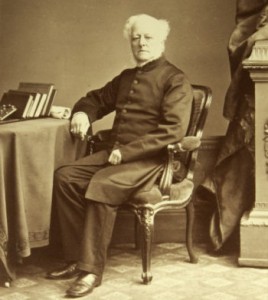 The earliest of the revivals seems to have begun in France in the late 1790s. While it lasted just a few years, participants were involved in several sporting events that hailed from the ancient Games. Several decades later, the English brought back the idea of Olympic competition. Dr. William Penny Brookes started what is now the Wenlock Olympian Society in 1850, an organization that continues to sponsor yearly competitions in events ranging from archery to golf to gliding. Members of the Wenlock Olympian Society participated in the London torch relay this year, and one of the two 2012 Olympic mascots is named Wenlock in honor of this organization. Liverpool also featured an annual “Grand Olympic Festival” in the 1860s that was held for about five years. Of course, the Greeks also were interested in seeing the Olympics brought back. Evangelis Zappas underwrote the first modern Greek Olympic Games in 1859 and even funded the restoration of the ancient Panathenaic stadium to host future Games, which it did in 1870 and 1875. This stadium later was used in during the 1896 Olympiad, which marked the start of the Olympics as we know them today.

While we date the modern Olympics to 1896, these earlier festivals, competitions and events were the foundation for the Games that now enthrall the whole world every two years. While we celebrate the achievements of the athletes in London in 2012, it is fitting to also remember the sports enthusiasts whose dedication and perseverance contributed to the rekindling of the Olympic torch.