Today’s blog post is courtesy of SHRA’s resident non-historian, our office manager Jill Johnson, who is reviewing a series of memoirs about the lives of London midwives and their service to the working class in the post-World War II world. 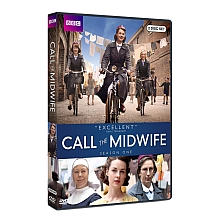 Last Autumn, PBS ran the BBC series Call the Midwife. It recounted the stories of a group of midwives, some of whom were also nuns, living in the fictional Nonnatus House in London’s East End following the end of World War II. In addition to being well-executed entertainment, the series brought to life the living conditions of the inhabitants of this working class neighborhood and underscored some of the most remarkable changes in modern life that have occurred in the last 60-odd years.

The series was based on a trilogy of memoirs by Jennifer Worth, a woman who studied to be a midwife in the early 1950s in England and found herself assigned to a service run by nursing sisters, nuns who lived in their clients’ neighborhoods and were revered in their communities. After watching the series, I hastily ordered the trilogy and read them all. In addition to providing first-hand accounts of pre-natal and maternal care during this time period (when going to the hospital was usually the last choice of expectant mothers), the books also gave insights into the broader social history of the Cockney people, who lived in London’s East End and were known for their distinctive dialect of rhyming slang. The character of Bert, played by Dick van Dyke, in the film Mary Poppins was a Cockney, as was Eliza Doolittle (Audrey Hepburn’s character) in the film My Fair Lady. The books also trace that society’s demise as London’s East End was rehabilitated in the post-war years. 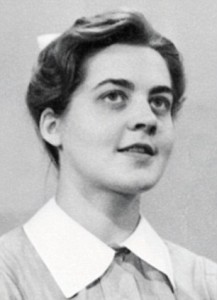 Jennifer Worth as a young nurse. Image from here.

Well-written, but challenging due to the difficult descriptions of privations suffered by the characters, the three books, Call the Midwife, Shadows of the Workhouse and Farewell to East End, bring to life a lost era and a lost culture. I was especially struck by the fact that these events took place a mere decade or so before my birth, during my parents’ young adulthoods, yet the harshness of the living conditions and lack of modern conveniences bear little resemblance to my modern life or even my parents’ experiences. To begin with, there was no running water in tenement apartments, which may have had only one bedroom yet housed entire families. Modern birth control methods were nonexistent, meaning said families often included six or more children. Emergent social safety nets, such as the UK’s National Health Service, were not yet trusted or understood by the populace and therefore of little use to them. And, perhaps most influential, this section of London suffered devastating and long-lingering effects of the German blitz, which destroyed great swaths of buildings – residential and commercial – in this once vital area. When the government was financially able to rehabilitate this part of the city during the late 1950s and into the 1960s, it did so by relocating the residents to newer, more modern and spacious dwellings. Like urban renewal policies throughout the world, the plans for wholesale demolition of these run-down neighborhoods were hatched with good intention, but ultimately broke up family and other social units that had lived in proximity for generations. The result was the quick demise of the Cockney way of life and was a diminution of the cohesion and stability of that sector of London’s working class. 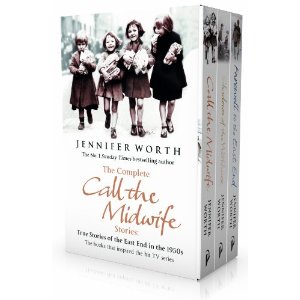 Image of the trilogy of books from here.

As a reader, I always enjoy books that illuminate the way lives unlike my own are lived. This series accomplished just that, and I was especially appreciative of the domestic and female perspective that these books brought to light. So many biographical narratives are written about the much better-documented lives of men, and it was wonderful to read a series of memoirs written by and about the lives of women who didn’t live that long ago, but were certainly from a far different age. If you are looking for heart-wrenching, surprising and compelling read about post WWII London, please pick up these books.