There’s no better time to think about the role that history plays in making movies with the movie award season just around the corner. Conversely, it’s interesting to explore the role that movies play in making history.

This March will mark the 86th annual Academy Awards, and over the past eight decades, a cavalcade of films has received “Best Picture” nominations. Winners include dramas, comedies, musicals, a silent film from 1929, entitled Wings, and an almost silent film, The Artist, from 2012. Knowing that Oscar winners represent such a wide variety of films, one has to ask, what makes a film great, memorable, and Oscar-worthy? Is it the special effects? The acting or dialogue? What about the costume design or hair and make-up choices? Or do producers, directors, actors, set designers, and makeup artists scrutinize over these elements in an effort to produce a movie that ultimately tells a great story? Because storytelling is one of the goals of cinema, movies based on real events can sometimes play a disproportionate role in creating historical narratives that are not, in the end, historically accurate. Additionally, the timing of a historically based film’s release can affect how these films inform public opinion about those particular events and even contribute to historiographical debates.

The question, “Should movies be considered public history?” warrants a wide variety of answers. According to director George Lucas, “having a really good understanding of history, literature, psychology, and science is very, very important to actually being able to make movies.”[1] But I wonder if having a “really good understanding of history” is enough. If movies are considered a valid form of public history, then filmmakers should be as well versed in historical methods as they are in the methods of cinematography. Filmmaker Peter Watkins, famous for pushing the cinematic envelope, encourages producers and directors to move away from the “Monoform” language of cinema, which is characterized by a “densely packed and rapidly edited barrage of images and sounds,” and to adopt “different language-forms, involving highly complex and free-ranging combinations of images and sounds, using length, space, time and rhythm.”[2] Watkins argues that Monoform cinematic language results in a movie going experience where the audience is “unable to reflect on what is really happening to them.”[3] If the purpose of the film is purely entertainment, filmmakers employ this type of a production, but what happens when the content of the film also informs the audience about historic events?

Take for example a film expected to receive multiple Academy Award nominations this spring, Captain Phillips, starring Tom Hanks. Despite the fact that the director for the film captured this story using Monoform language, movie goers and critics have been able to “reflect on what is happening to them” and they have voiced varied opinions about the successes and failures of this film. In Captain Phillips, Tom Hanks portrays the captain of an American Cargo ship that was attacked by Somali pirates in 2009, taking the plot from widely reported actual events. While many critics and crew members have spoken out about problems of accuracy within the film, the controversy over Captain Phillips represents a bigger question for historians who wonder if film makers commemorated this event too soon. This concern is especially valid when considered within the context of how instrumental this film will be in creating a historic narrative about the actual 2009 event. 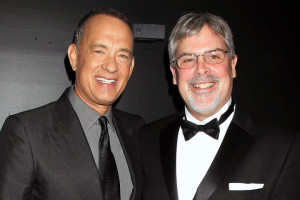 While Captain Phillips sheds light on the importance of time and timing within cinema, it was not the only film of 2013 to do so. The film 12 Years a Slave, also expected to received numerous Academy Award nominations, is based on the autobiography of Solomon Northup, a free black man who was kidnapped and sold into slavery for 12 years before being emancipated. While this film is not the first blockbuster to portray slavery on the silver screen, its timing is also significant since it provides audiences with a different lens through which to view the history of American slavery. 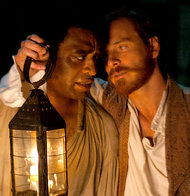 Photo of Chiwetel Ejiofar and Michael Fassbender in 12 Years a Slave.
Photo source.

Harvard Professor Henry Louis Gates, who acted as a historic consultant on the film, explains that unlike Steven Spielberg’s Lincoln which broadly deals with the issue of slavery or Tarantino’s Django Unchained which is much more explicit, 12 Years a Slave is a “refreshingly honest depiction of slavery as it really was.”[4] Gates explains that “the slave trade is a subject whose time has come.”[5] He explains that Hollywood’s fascination with American slavery is due in part to the work done by historians in amassing vast amounts of historical scholarship on the subject. Gates argues that this historical scholarship coupled with the fact that the black middle class has quadrupled and that black studies programs in white institutions are gaining ground means that the number of consumers for these types of films has increased.[6] While the creative team behind 12 Years a Slave did exercise some artistic license in making the film, they nevertheless succeeded in creating an environment where academics and the general public can discuss the historic realities of slavery and more contemporary issues of race relations.[7] The film’s ability to create an environment that is conducive to such dialogue largely overshadows any historic inaccuracies within the film itself, but more importantly 12 Years a Slave speaks the success of using cinema as a medium for public history. 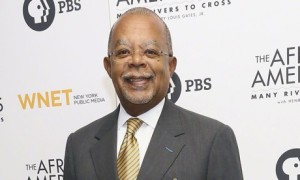 With greater numbers of blockbusters borrowing plots from the historical record, having the ability to know when to make a movie about historic events and how that film will look to audiences will continue to be a challenge for screenwriters, directors, producers, and actors. The one thing that is certain, however, is that audiences continue to enjoy historical narratives, whether highly fictionalized or strictly accurate. And for that, as historians, we are thankful and enjoy the discussion.

Editor’s note:  Come back for our next installment when we look at how historians reacted to the recent blockbuster “The Help.”