Editor’s note:  We recently mailed our Spring 2014 newsletter.  Below you will find an expanded version of our feature article, as well as a link to the full newsletter.

Environmental historians are just beginning to analyze the ties between war and the environment. SHRA’s recent finds in the archives demonstrate firsthand the significant historical impact of government policy not only on our economy but also on the environment. Many people are familiar with the two World Wars’ profound impact on the American economy, but the legacy of pollution left behind by these wars is less recognized or well-studied. The material is rich, since many of the companies and industrial sites that had sprung up to meet wartime needs are, today, subject to cleanups designed to comply with 20th century pollution laws. Many, of course, are Superfund sites. 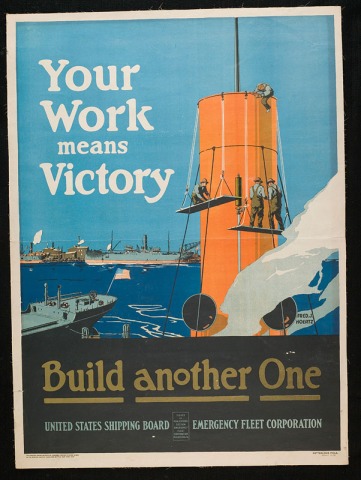 SHRA often finds itself researching the history of parties that may bear responsibility for pollution at some of these sites. Government wartime records are a good place to start for industrial histories. For studying World War I, the National Archives in College Park, Maryland maintains several collections, among which are the records of the War Industries Board, an agency created during the First World War to coordinate materials needed for the war effort. The agency began operations in 1917 and coordinated production around the entire country across several industries. Such coordination was no longer a foreign concept, coming on the heels of the major changes in business practices during the Industrial Revolution, but it was still fairly new. Although it is very difficult for us to imagine a world without cell phones, without computers, and even without abundant land lines, that was the technological landscape in which this agency faced this gargantuan task. It was, no doubt, daunting.

Example of War Industries Board Letterhead circa 1918.

But cooperation between the government and industry led to results. By appointing industry representatives to industry-specific committees, the dozen or so large corporations in each production area had an ear to the ground and were able to secure orders for their products and expand their factories or mining operations. Trade or industry associations that emerged during the Industrial Revolution laid the groundwork for cooperation and information exchange among corporations. Interestingly, government concerns over price fixing and other anti-competitive actions that had dominated the policy agenda in the years leading up to the war swiftly disappeared as government itself fixed the price it was willing to pay for the goods it needed, requiring contractors to honor those prices. Production skyrocketed in many sectors, positively affecting the economy, but without technological know-how (or concern) related to waste disposal, most companies dumped their waste directly onto the land or into the nearest water body.

World War II had similar economic and environmental impacts in the United States. By the 1940s, improved communication technology smoothed the way for new companies and even new industries to reap the rewards of wartime demand. Companies such as Boeing opted out of soup-to-nuts airplane assembly and gave rise to new companies that specialized in manufacturing tailor-made airplane parts for their use. Coordination across these myriad industries was much easier thanks to improved communication, but there was a new recognition that many of the new industries generated large volumes of toxic waste. As government orders poured in and lifted the country out of the Depression, however, any nascent concern over water pollution dissipated as the country focused exclusively on winning the war. Destitute people suddenly had jobs again, and “Help Wanted” ads filled up newspaper space. Eventually – when a preponderance of able-bodied men were sent overseas to fight in the conflict – even women were recruited to do industry work. All the “Hoovervilles” that had crept across undeveloped land in our urban areas during the Depression were cleared to make way for industry, and the economy was humming again. 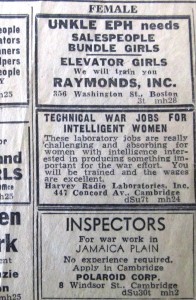 Today, we are well-versed in the impacts of federal spending on our economy, but the pollution left in the wake of wartime industrial buildup needs further academic research and analysis. Myriad people are involved in planning the modern cleanup of these historic operations, created a cottage industry that has, ironically, resulted in positive economic impacts today.