25-year old Cascinda Sanders hailed from Kansas but was living in Boise, Idaho as a housekeeper by 1890. She filed on arid land in the area pursuant to Congress’ passage of the Desert Land Act on March 3, 1877. Designed to further encourage settlement in the arid West, the act permitted settlers to file on 640 acres of land at a cost of twenty-five cents per acre. In return, settlers—male or female—were required to irrigate that land within three years. Though similar to the better-known Homestead Act of 1862, the Desert Land Act did not require tenants to reside on the land while working to improve it. And that was certainly one of the reasons the act resulted in so much land speculation. 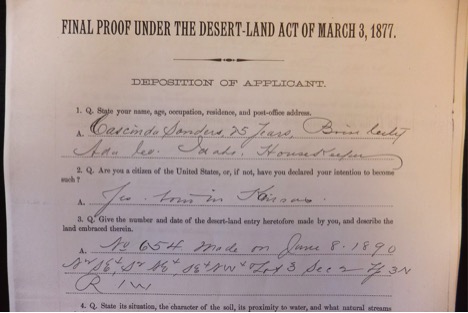 While examination of Desert Land patents almost always contain interesting information about the water resources (or lack thereof) in states or would-be states, the patent belonging to the female settler always raises more questions than answers. Sanders’ deposition focused on the labyrinthine set of ditches, laterals, and ephemeral creeks that carried water from the Boise River (some three miles east) to her land. Unfortunately, the patent didn’t go into any further detail on the pioneer. We might never know if Sanders was successful or not, but her Desert Land Patent gives a glimpse into what it might have been like to be a woman trying to reclaim the arid landscape at the end of the 19th century. 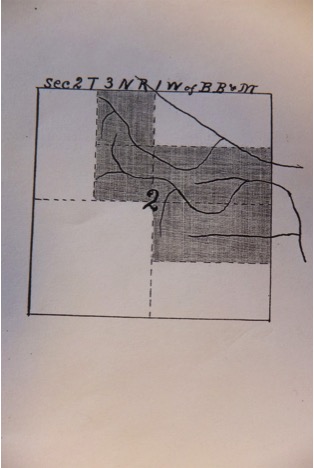 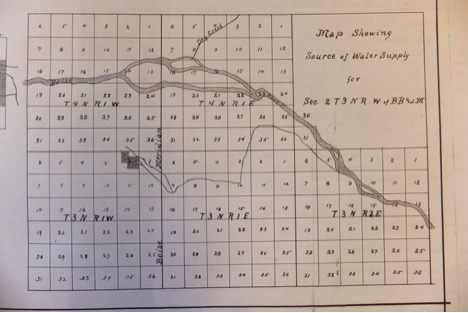