A couple of weeks ago while carefully perusing archival documents, SHRA researchers stumbled upon a March 16, 1943 Philadelphia Inquirer newspaper article. The article touched upon the heroic efforts of the USS Boise’s crew. While in the archive, knowledge of simple geography made it difficult to reconcile how a 9,700-ton sea faring vessel could be named after a small, land-locked city in Idaho. Research later revealed that the Secretary of the Navy bestowed the name “Boise” upon the Brooklyn class light cruiser which was built in Newport News, Virginia. In fact, on December 3, 1936, the daughter of then Idaho Governor Barzilla Clark, Salome Clark, christened the new ship with a bottle of water taken from the Snake River.[i]

The newspaper article’s content piqued our interest. Titled “U.S.S. Boise’s Dead Honored By Plaque,” the article extolled the “gift of Idahoans” to the USS Boise, stating that the citizens of Boise, Idaho had dedicated a plaque which was inscribed with the names of Boise crew members who had lost their lives in battle.  Digging further, SHRA researchers discovered the USS Boise boasted a storied past with extensive service during World War II, specifically in the Pacific. In September and early October of 1942 she supported the Allies’ campaign to hold the Solomon Islands province of Guadalcanal. Heavily damaged from Japanese shells and having lost 107 crew members, the USS Boise returned stateside to undergo repairs.[ii] After spending the final two months of World War II in California, the USS Boise then shifted to Atlantic waters where she helped transport American service personnel home from Europe. By July 1946 the distinguished vessel was decommissioned and five years later was sold to the country of Argentina, where she was renamed Nueve de Julio. 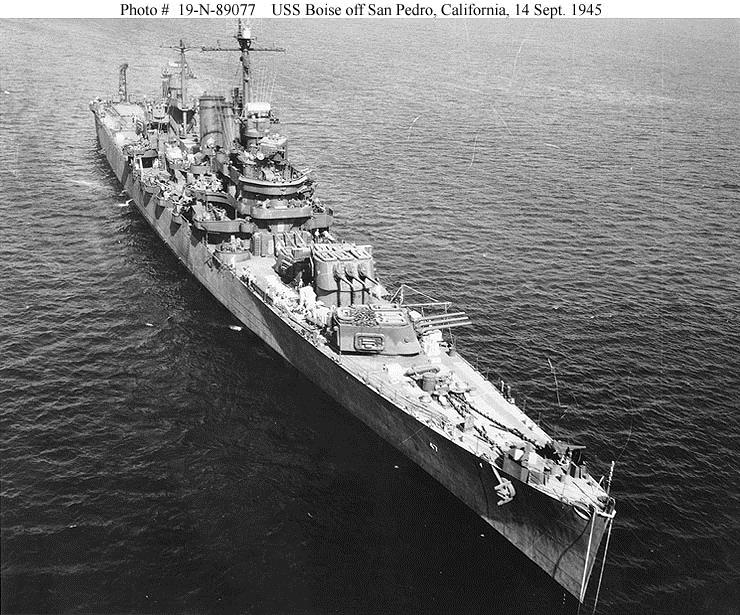 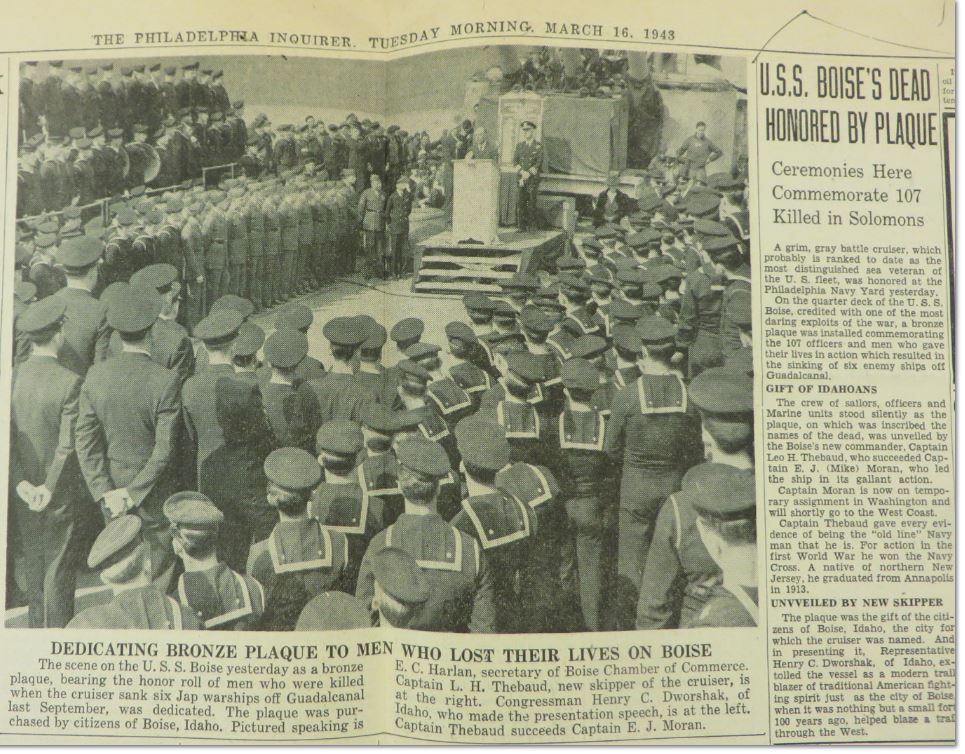 While the USS Boise is no more, a piece of her remains on the third floor of Boise City Hall. A small exhibit including photographs, newspaper articles, and an antique 27 piece silver tea service are available for the public to view and remember the USS Boise.[iii]