Editor’s Note:  Today’s blog is courtesy of SHRA researcher HannaLore Hein.  All photo credits are hers.

In December 2014, I was fortunate enough to visit Yuma, Arizona. To some people’s surprise, the city is actually known for many things and has a lot to offer both tourists and locals alike. Located in the southwest corner of Arizona, Yuma sits right on the Colorado River, borders California and Mexico, and plays host to a large snowbird population during the fall and winter months. Aside from being considered the sunniest place on earth, according to Guinness World Records, the city is also the known as the Winter Vegetable Capital of America and from 1949-1958 two Yuma pilots set and held the record for the longest endurance airplane flight ever attempted, having successfully flown their single propeller Aeornca Sedan plane, named “City of Yuma,” for 47 consecutive days without touching the ground. And if these “claims to fame” are not enough to spur your interest in this desert city, maybe realizing that local efforts to commemorate the city’s history have so beautifully paralleled with efforts to restore and revitalize Yuma’s natural landscapes and riverfront will be enough for you to consider Yuma for your next vacation. 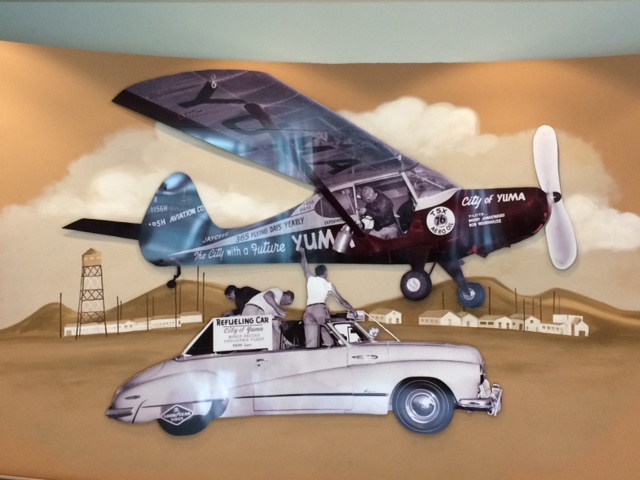 Artwork hanging in Yuma’s City Hall that depicts how the crews refueled the airplane during its endurance flight.

The Colorado River has always been an important natural resource for the people of the Southwest. Dating back to time immemorial, the Quechan and Cocopah Indians used the river water for not only for drinking but for agriculture as well. They settled in the area that would later become Yuma because of the area’s natural granite outcroppings that made crossing the raging and flooding river manageable. With the arrival of Spanish settlers in the late 1500s, a second group of people realized the important strategic position of Yuma and claimed the land in the name of Spain. By the early 1800s Western trappers, traders, and mountain men had also discovered and began using the “Yuma Crossing” to safely cross the Colorado River. With the discovery of gold in California in 1848, Yuma became the location of the largest documented migration in North America, with more than 60,000 people following the Gila Trail and crossing the Colorado River at Yuma in 1849.[1] 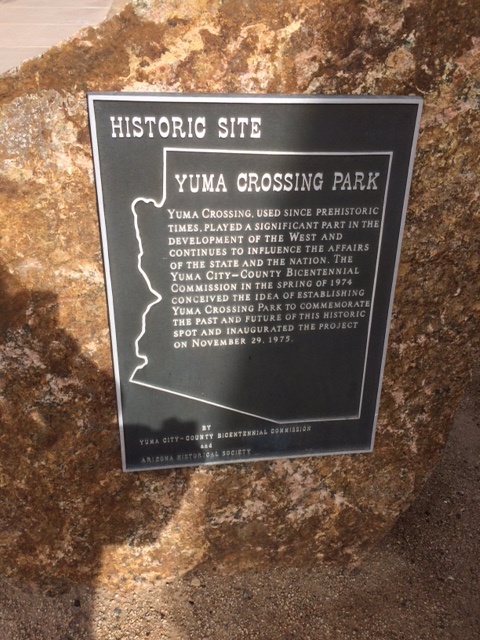 Throughout the middle and late 1800s, the Yuma Crossing and the Colorado River continued to play an important role for the southwest region. The transportation industry that took root along the Colorado River made it possible for the U.S. to set up and supply military forts throughout the lands it acquired in the 1848 Mexican American War. Riverboats brought supplies from the California coast up the Colorado River to Yuma, where the supplies were then brought overland by 20-mule teams to various outposts throughout the Southwest. This industry, made possible by the Yuma Crossing, in many ways rivaled the steamboat industry on the Mississippi River, but lacked the stories of Mark Twain to make it famous. With the completion of a swing-span railroad bridge over the Colorado River at Yuma in 1877, Yuma became a bustling hub of western transportation, trade, and commerce.[2] 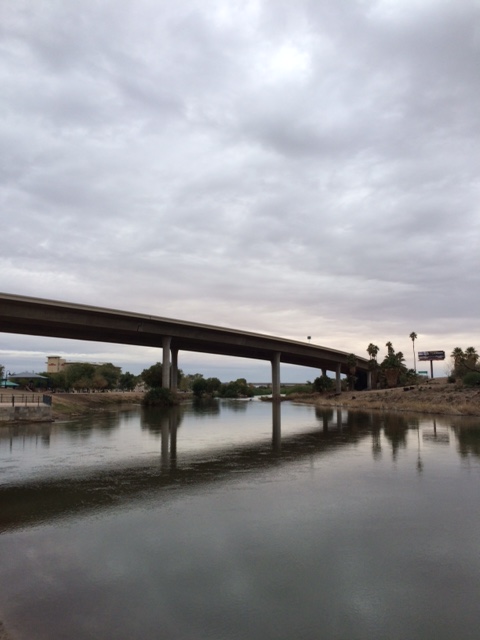 The Colorado River from Gateway Park

By 1902, however, the creation of the Bureau of Reclamation forever changed the role that the Colorado River played in Yuma. The first federally funded reclamation project, called the Yuma Project, began in 1904 and resulted in the first dam being constructed on the Colorado River in 1905. The Laguna Dam and the Yuma Siphon, which funneled Colorado River water under the Colorado River bed, altered Yuma’s role from that of a river-based transportation hub to a hotbed of irrigated agriculture. Throughout the 1920s and 1930s, the riverfront became a refuge for hobos and “Okies” who were unable to find work in California; and throughout the remainder of the 20th century the riverfront area, along with the adjacent historic downtown, quickly fell into a state of disrepair.

And yet, despite such a rich and significant history, Yuma’s Colorado River waterfront lacked any sort of historic interpretation until the 1990 designation of the area as the Yuma Crossing National Heritage Area. This oversight, coupled with the fact that the area was overgrown with non-native species and was dirty, dangerous, and polluted, made the area the last place that locals or tourists would consider visiting. Luckily for me and any other tourists or locals who have experienced the Yuma waterfront in the last ten years, things have definitely changed for the better since 1990, when the Congressional designation acted as the catalyst for revitalizing the area. In the more than twenty years since the law passed, Yuma’s waterfront has been transformed and now includes Gateway Park; the East and West Wetland Parks; miles of paved and gravel trails along the river and East Main Canal; and Pivot Point Interpretative Plaza, which is a free public exhibit area commemorating the site of the first railroad train crossing in 1877. As part of the riverfront revitalization, volunteers planted more than 250,000 native trees, plants, and grasses, including both willows and cottonwoods and removed non-native plants from nearly 350 acres of the 1,400 acre waterfront. With the help of federal and state funds, as well as private investments and local volunteer efforts, the Yuma waterfront is now a place that not only speaks to the historic significance of Yuma and the Colorado River, but also to the resiliency of the natural landscape, making Yuma a place worth visiting.[3] 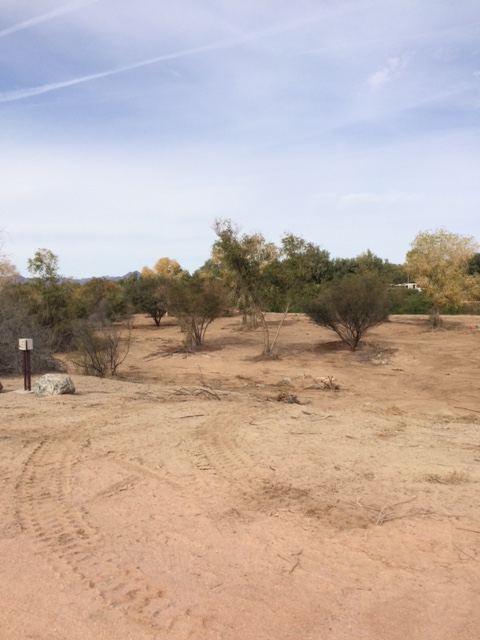 Newly planted trees and shrubs in the West Wetlands Park