While not a find in the archives, we’ve just reached the 20th anniversary of a landmark event in environmental history: the reintroduction of wolves to Idaho and Yellowstone. In what a recent Idaho Statesman article called “one of the most controversial wildlife projects of the century,” in 1995 and 1996, 66 wolves were live-trapped in Canada and released in Yellowstone National Park and Idaho’s Frank Church River of No Return Wilderness.[i]

The issue remains controversial today. Biologically, the wolf population has largely recovered from the devastating effects of overhunting and habitat loss that first led to its Endangered Species Act listing. Today there are more than 1,600 wolves in at least 320 packs across the Northern Rockies, exceeding government goals. But such biological success has only increased human-wolf conflicts across that same geography, both when it comes to ranchers, who accuse wolves of killing far more livestock than research shows they actually kill, and in terms of preservationists, who prevented the wolves from being delisted from the Endangered Species Act for many years after populations had stabilized and still protest hunting of any sort. While the controversies tend to center around the animals themselves, ecologically the most exciting results of wolf reintroduction have to do with the cascading effects of top predators. For example, scientists in Yellowstone have shown that the reintroduction of wolves has decreased elk and beaver populations, thereby increasing willow, aspen, and cottonwood growth, changes that have had positive effects on river temperatures, runoff, and even groundwater recharge.[ii]

All of these data point to the success of the Endangered Species Act, which itself has had a controversial history. Not surprisingly, one of the biggest supporters of wolf reintroduction was also someone who fought to save the Endangered Species Act from opponents. She improved it and then spent her too-short career arguing that its largest effects were on whole ecosystems, not individual species, and that it could accompany, rather than crush, economic development. Mollie Beattie, Director of U.S. Fish and Wildlife from 1993 to her death in 1996, even released the first few wolves to Yellowstone herself, along with Secretary of the Interior Bruce Babbitt. She was a good friend of my family, and I’ve often wondered what the wolf controversy – and other controversies surrounding wildlife conservation – would be like today if she were still around to advocate and educate. Her legacy is vast – she was the first woman to direct Fish and Wildlife, and she has both a Yellowstone wolf pack and a wilderness area in the Arctic National Wildlife Refuge named in her honor – and it is tied inextricably to the reintroduced wolves. Their legacy, I suppose, is being written every day in innumerable aspects of the ecosystem and landscape of the Northern Rockies. 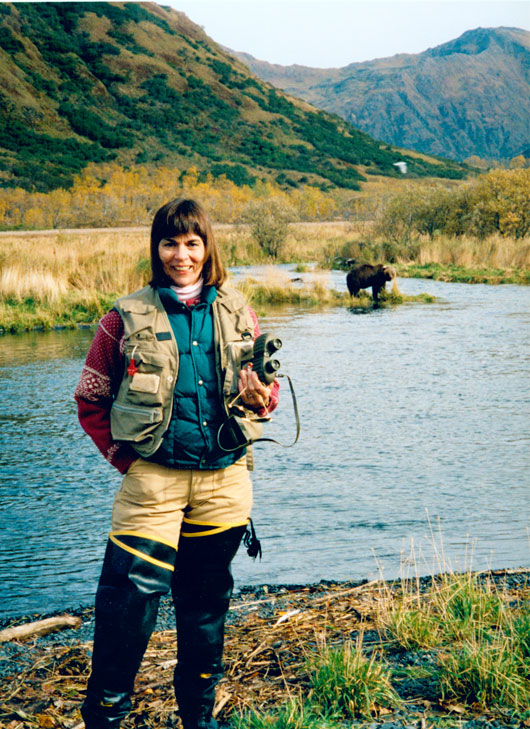