There’s a sign along Highway 20, just northwest of Mountain Home, Idaho, that has caught my attention many times. “Jackson School,” it reads, “1898-1925.” There’s no other explanation, and there’s not much else around aside from fields. 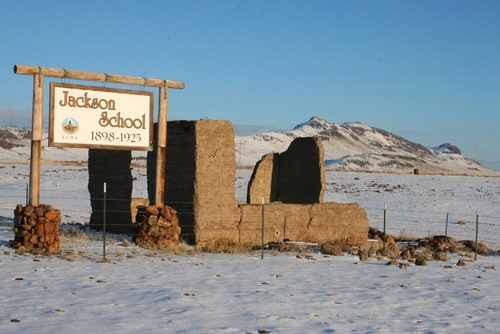 Luckily, I’m not the only one to have been intrigued by Rattlesnake Station. Thanks to local artists and amateur historians, we have an idea of what the station would have looked like back when Jackson School was thriving and have identified a mound of rocks that could well be the remains of Fort Rattlesnake. 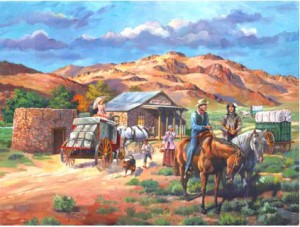 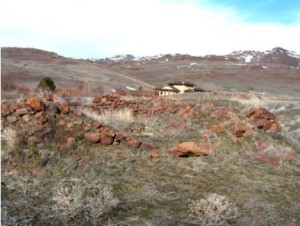 I’m looking forward to driving past the Jackson School sign again, now that I know the rich, western history that it commemorates, and imagining the lessons taught there, not to mention the lives of its students and teachers.

From time to time, SHRA comes across fun, interesting and notable items that we think would be of interest to our readers but that don’t warrant a longer blog post.  This piece is one of a series of vignettes that we hope will bring some of these discoveries to life.  If you’re looking for one of our longer pieces, click on “Features” under “Categories” in the left navigation column.