A few weekends ago, I paddled the Snake River from Swan Falls Dam to Celebration Park. The outing was recreational, but it also served as a fantastic history lesson. And not just any history lesson; this was a place-based, riverine version of Big History. In this new history curriculum, geared for high school students but engaging for any curious minds, the idea is to integrate all historical periods – from the Big Bang to today – into one “vertiginous conceptual narrative,” according to a New York Times article.[i] And that’s how it felt on the river, paddling past towering cliffs and petroglyphs, hydropower dams and abandoned homesteads. Thinking of it all as Big History made more sense than sectioning off geology from pre-history, or history from present day. 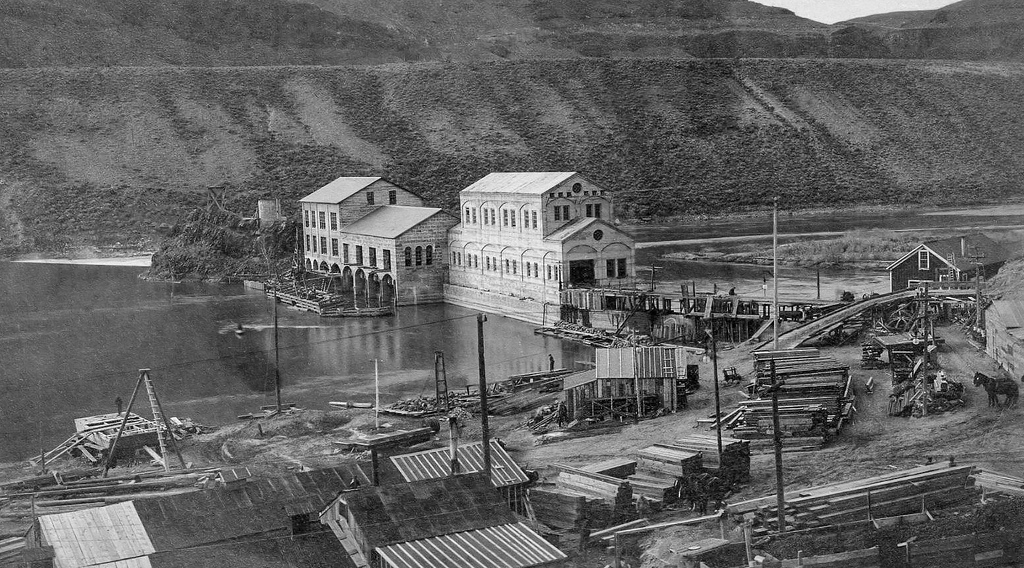 I’ll start with Swan Falls Dam itself, the oldest hydroelectric generating site on the Snake River. Built in 1901 to power nearby mining operations,[ii] the dam and powerhouse have the feel of another era, of a time when today’s electrical uses were not even on the horizon. The dam also represents a very different time for the Snake River; there are now 15 dams on the river that hinder the path of migratory fish populations, something that Swan Falls’ developers could hardly have imagined. 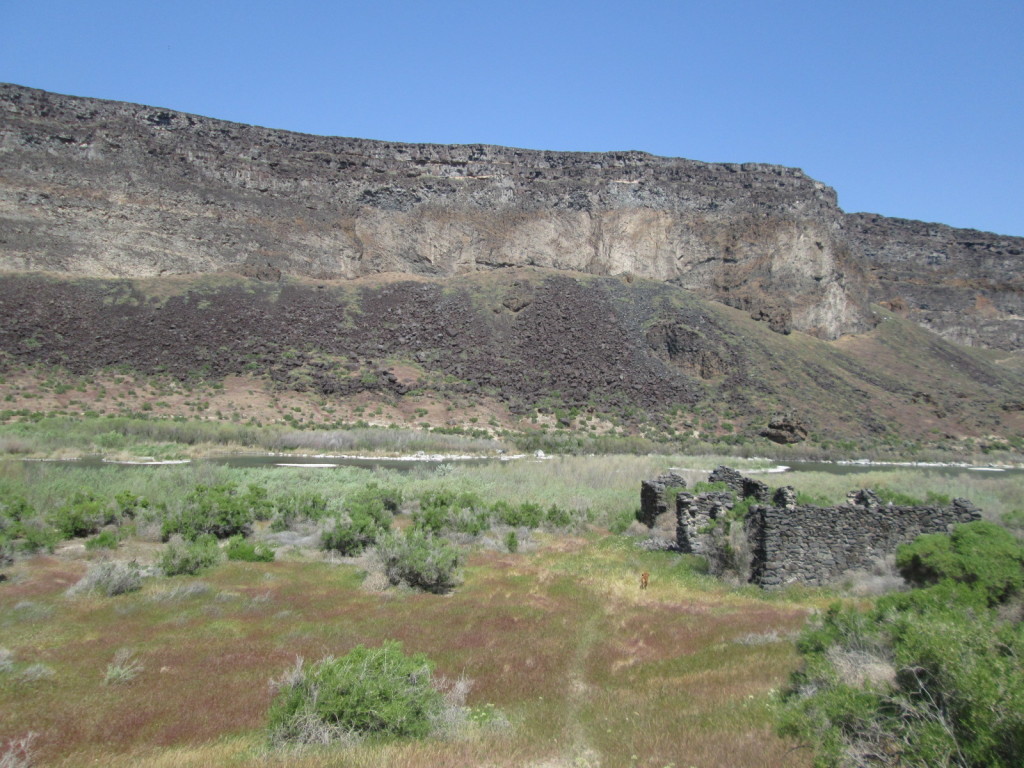 Yet before Swan Falls Dam was contemplated, there were homesteaders in the canyon, like those at Wees Bar, where the basalt rocks of the old house still remain. James Lowell Wees, farmer and gold miner, settled in the Snake River Canyon in 1879.[iii] That means this spot helped drive the development of Idaho into a state of agriculture and industry, though that’s a hard connection to fathom today, standing at the base of the canyon, miles from anything except rock and sagebrush. 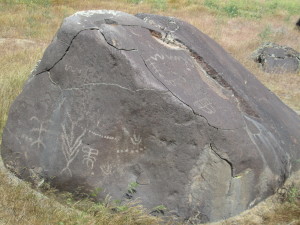 And both of these historical eras are relatively modern layers atop the long habitation of the Snake River Canyon by Native Americans. Just up the hill from Wees’ stone house are a hundred or so large boulders with petroglyphs on their smooth sides. We wandered through the boulders, spotting people, animals, and rivers, or shapes and lines that we interpreted into these familiar categories as we sought to connect to those who carved them. Did this river bank feel far removed then? Or was it a central highway? Were these people just passing through, or did they live here?

And why are the boulders here – and why do they have smooth sides – in the first place? This is where the history of the Snake River Canyon gets really big. The last Ice Age left many large lakes across the United States. One was Lake Bonneville, which was as big as Lake Michigan and covered much of Utah, as well as parts of Nevada and Idaho. 17,400 years ago, the natural dam holding back the lake gave way, and a cataclysmic flood sent 15 million cubic feet of water per second down the Portneuf River, along the Snake River, north through Hells Canyon, into the Columbia River, and through the Columbia Gorge to the Pacific Ocean. The water widened and deepened the Snake River, scoured the canyon walls and floor, left gravel bars 100 feet above the current water level, and dropped boulders, rounded from tumbling, all along its path.[iv]

Big History provides a powerful glimpse of place through time, a way to link a geologic event like a flood to the canyon’s human history. Of course, in terms of geologic time, the last Ice Age was barely a second ago, and in terms of the place the Snake River holds in today’s world, the construction of Swan Falls Dam was just the beginning of more than a hundred years of change and controversy. But it’s a start, at least, to thinking big when we think historically.