Last week, Boise saw an influx of thousands of visitors drawn to town by the promise of culture, camaraderie and kalimotxos (more on these later). Between July 28 and August 2 the weeklong festival called Jaialdi was predicted to bring in around 40,000 people to the City of Trees. Its main purpose: to celebrate the culture and heritage of the Basque country. Since the mid 19th century, Basque citizens have emigrated from their homeland – which straddles the border of Northern Spain and Southern France – to distant countries. Their reasons for leaving vary. Early Basque immigrants to America were explorers who traveled alongside the likes of Christopher Columbus. But just as progress compelled these people to emigrate from their homeland, so too did strife.[1] Economic and political friction, caused by events such as the French revolution, Napoleonic campaigns, the Spanish Civil War and more, provided ample reason for the Basques to leave Europe. It just so happens that America’s largest concentration of ethnic Basques (approximately 15,000 people) found their home in Boise, Idaho, an agriculture-reliant community that mimicked the Euskal Herria, or homeland.[2] 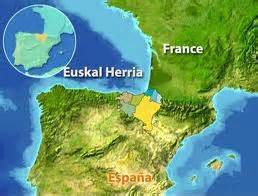 A map of the Basque country of Spain and France. (Map)

Since 1987, Jaialdi has been celebrated once every  five years. Originally held in the Old Idaho Penitentiary in Boise, Idaho, it was so popular in its first year that Idaho’s governor that year, Cecil Andrus, asked to bring it back for the Idaho State centennial celebration in 1990. Today, it is touted as the “Worlds Largest Celebration of Basque Culture.”[3]

So what exactly does the ‘World’s Largest Celebration of Basque Culture’ consist of? Tradition and personality permeate standard festival appearances of song, dance, food, drink and even sporting events. There is a little something for everyone. As one reporter put it in 2010: “[…] of course Basque lineage is not required to appreciate Jaialdi [as we] can all be Basque for a week.[4]” 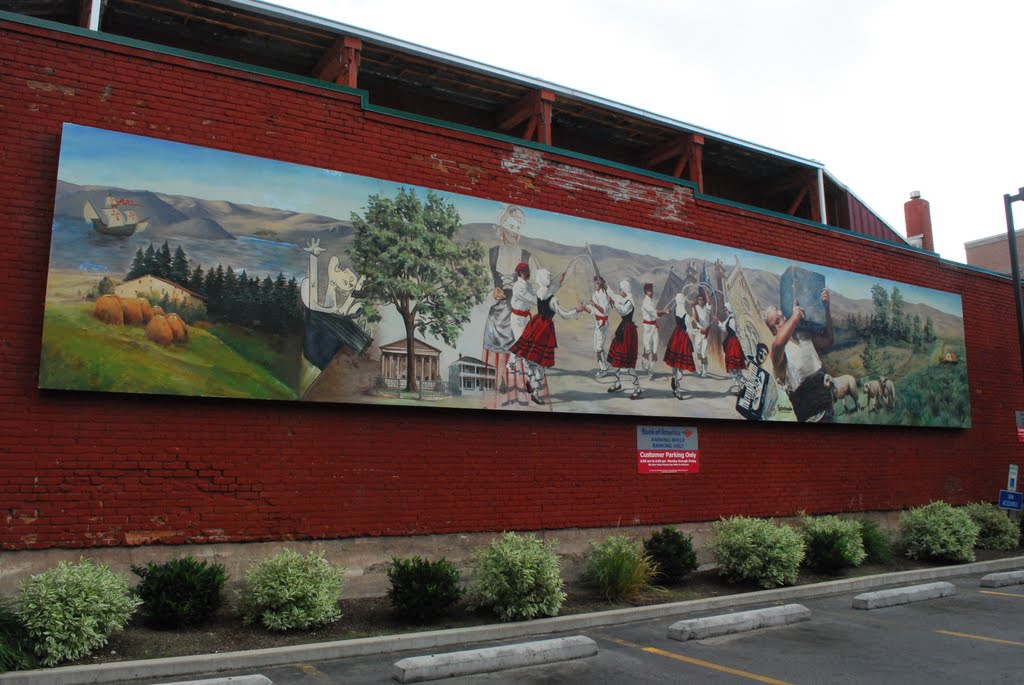 The Basque mural on Capitol Boulevard. The mural depicts many different scenes important to Basque heritage as well as images of Basque life in Idaho. (Mural)

The melding of Boise natives with visitors is ever present throughout the festival.  Dancing, or dantzan in the Basque language of Euskara, and sport, jolaztu (which means ‘playing’) are imbued with culture and are enjoyed by a vast array of festival goers. Traditional dance is tapped out by the feet of dancers dressed in classic Basque attire of red hats and sashes for the men and flowing red or green skirts with white knee high socks for the women. The Boise dance troupe Oinkari has performed at previous Jaialdi festivals and are accompanied by song from both local and international talent.

The sporting events that attract throngs of people are just as unique as any other aspect of the festival. The Basques come from rural areas of Europe and, just ask any Boisean, are closely connected to the sheep herding industry in Idaho. Because of this, it is no surprise these events come from a tradition of practicality. The many rural sports, including stone lifting, log chopping, wagon lifting, and hay bale tossing are derived from a culture where these skills were a necessity in daily life.

Whether you spend your time waltzing around, watching incredible feats of strength, or even imbibing the infamous red wine and coca-cola concoction named kalimotxos, Jaialdi is an event ripe with tradition and community that will make you wish it came every year.

[1] Clare O’Toole, “Who are the Basques?: The Roots of Basque Character and the First Diaspora to the United States,” accessed July 22, 2015.