Editor’s Note:  Today’s blog installment comes from Molly Myers, SHRA’s college intern in summer 2015. We are sorry to see her go, and we wish her all the best during what will be her last year of college at St. Andrews.

The University of St. Andrews and College of William and Mary Joint Degree Program, of which I am a privileged participant, offers the opportunity to be involved in two different college experiences. Students become familiar with both towns over each two-year living period and through this discover charming stories and kitchified superstitions about each place. Each college has unique traditions, and with institutions so steeped in history (William and Mary in Virginia is more than 300 years old and St. Andrews in Scotland just celebrated its 600th anniversary), the tales only get more interesting.

The University of St. Andrews, established in 1413, has had many years to foster the growth of its traditions. Some are institutionalized, grand traditions promoted by the University; others are arcane and shrouded in mystery. My favorite are the silly and frivolous traditions that most all students celebrate as a rite of passage. One such custom is clearly explained to all incoming freshman. All who matriculate through the University know the myth of the ‘PH’ sign, embedded in the cobblestone sidewalk outside the clock tower of St. Salvador’s Chapel. Legend tells us that these are the initials of Protestant martyr Patrick Hamilton, who was burned at the stake for his beliefs in medieval St. Andrews. Every freshman is warned not to step on the monogram as it supposedly means you will fail your final exams.[1] 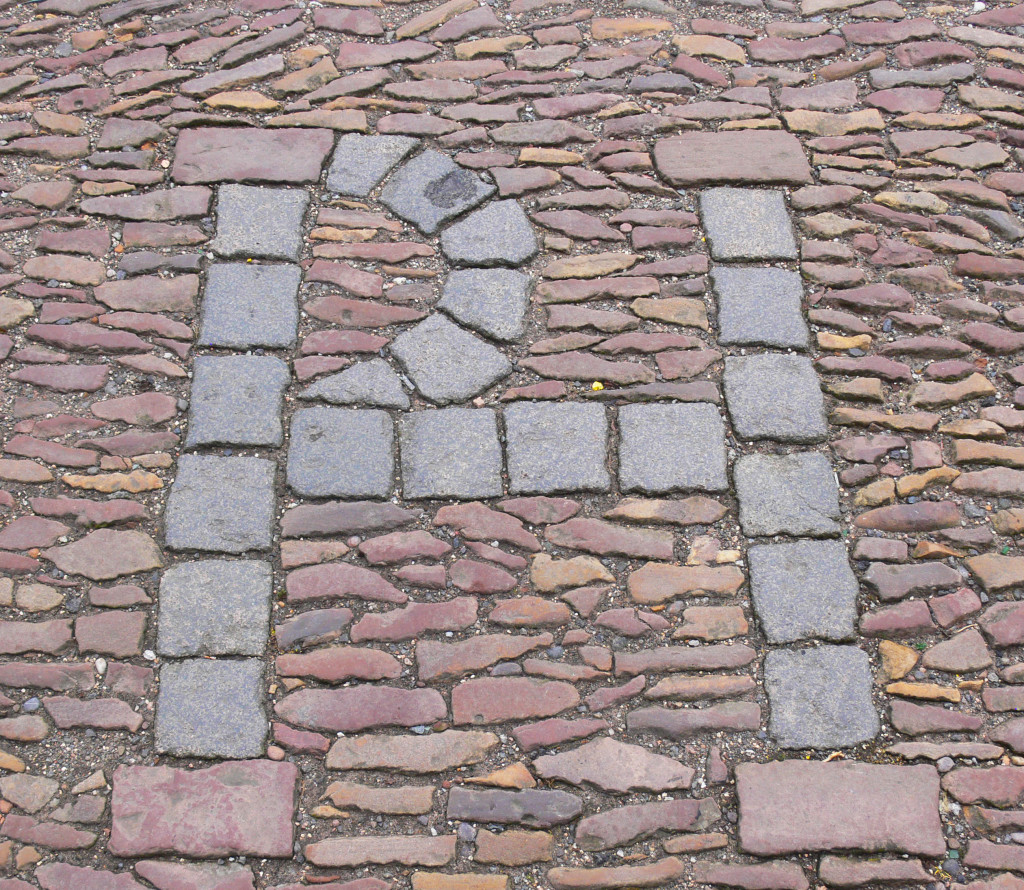 The legendary ‘PH’ monogram outside St. Salvator’s Chapel in St. Andrews from here.

There are a couple ways to reverse this bad luck if you have the misfortune of stepping on the stones. The May Dip, which involves running into the North Sea at dawn on May 1, is said to reverse the curse of the ‘PH’ and ensure success in your exams. Another method is to run around St. Salvador’s Quadrangle, naked, three times. However, it is unclear whether this particular reversal method is a practical joke that the older students play on underclassmen, or if it has any legitimate historical value as a longstanding myth. 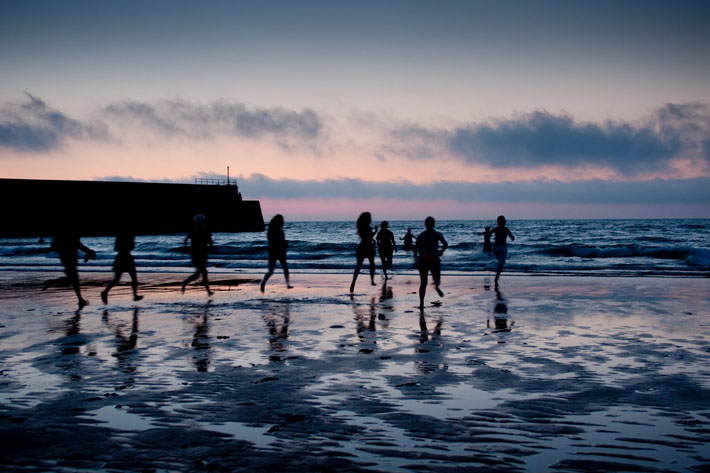 Students run into the North Sea on May 1st on West Sands Beach from here.

While William and Mary is only half the age of St. Andrews, it does celebrate its fair share of traditions and superstitions. The Crim Dell, a small man-made pond in the middle of campus, is host to a number of these. It is folklore that if a couple holds hands and walks across the bridge that spans the pond, they are destined to live happily ever after. Conversely, it is superstition that if you walk across the Crim Dell Bridge alone you will remain alone for all eternity.[2] The Crim Dell is also part of the university’s ‘triathlon’ tradition, in which students swim across its murky waters as one of the event’s three legs. The other two involve streaking naked (a seemingly common theme between the two universities) across a large field called the ‘Sunken Gardens’ and jumping the wall of the historic Governors Palace in Colonial Williamsburg. 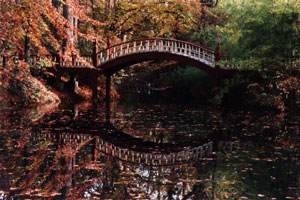 For two such historic universities these traditions and myths keep the student body constantly entertained but they also contribute to the history of the place. However ridiculous they may be, their origins largely are unknown. It is funny to think of students in the 16th century splashing into the North Sea at daybreak, or to consider that Thomas Jefferson himself (an alumnus of the College of William and Mary) might have been found streaking the Sunken Gardens.