During the 15 years prior to the Civil War, historians estimate that more than 400,000 pioneers headed west via covered wagon. In the summer of 2007, I found myself driving from Western Washington to Rhode Island, a true “coast-to-coast” crossing, using a modern vehicle. My dog Griffin kept me company and from Utah to Iowa, a friend caravanned with me in her own vehicle. Even with the engineering marvels that are the modern automobile and the interstate highway system, this is not an undertaking for the faint of heart. The trip took much more than a week of long days of driving and road construction delays, and it was hard to remain alert through long stretches of monotonous landscapes with the discomfort of being trapped in a confined space.

My friend was a veteran of the route, however. At one point in Nebraska, she had us stop at a rest area where you could see the physical effects on the land that had been made by the migrations of people moving west 150 years before. It was at this point, staring out over those wagon ruts, that my vague yet persistent suspicion that I would have made a terrible pioneer was confirmed in my mind; I was stressed making this trip with all the conveniences of the 21st century, what would it have been like in the 19th? 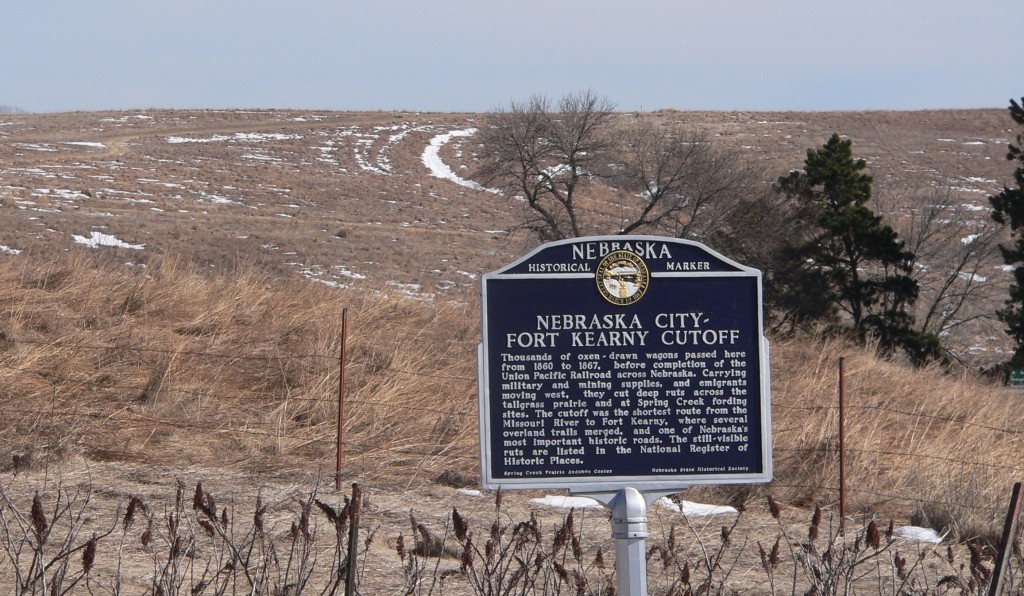 A new book comes close to answering just that question. In The Oregon Trail: A New American Journey, author and journalist Rinker Buck recounts his and his brother’s four-month crossing via covered wagon and mule team from Troy, Kansas to just outside Baker City, Oregon in 2011. While they did complete the crossing under mule power in a rebuilt wagon, some accommodations to current realities were made. Many of the routes through the West that the pioneers used have become modern, paved highways, and even interstates, necessitating detours or long stretches along paved road. They also improved pioneers’ materials for brake shoes and clothing and cooking, among other things. 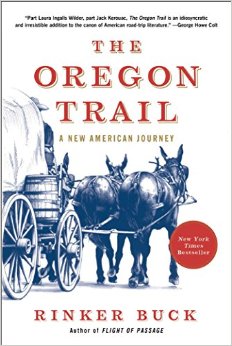 At times hilarious, heartbreaking, and always engaging, I loved reading about these two very different brothers (the author wanted to bring along a salad spinner and a shoe shine kit, which his disgusted brother jettisoned before their departure) and how they learned to compromise and work together to make the trip a success. Equally compelling were the mini-histories that were sprinkled throughout the text. Covering everything from the business of wagon-building, the scams of trail outfitters, trail perils and diseases, some truly wonderful portrayals of pioneer women and much, much more, this book was part travelogue, part history, and part memoir.

With so many pioneers making the trek, it shouldn’t have surprised me that there is no single “Oregon Trail” and that wagon trains often navigated by following the dust clouds kicked up by pioneers in front of them. Some of the more memorable passages for me involved Buck’s descriptions of how the caravans of wagons traversed the more difficult terrain by fully unloading the wagons and hoisting them down steep grades by belaying and other means requiring teams of strong individuals. In other words, no small group could take the trail alone. Unfortunately, the safety of numbers also brought its own risks, as cholera and other diseases were rampant along the routes. My experience driving alone with my dog across the continent would have been as alien to those pioneers as their wagon train environment would be to me.

The most interesting considerations, however, were in the logistics of using a mule team as your locomotion. Buck provides a fascinating history of the mule’s entry on to the American scene after the American Revolution, and he succeeds in giving us rounded and individual profiles of the three mules that made the crossing with him. After reading about the perils of getting mules to cross a bridge or remain calm when coming alongside a train, I have deep gratitude for the utter predictability of my car’s steady performance under most conditions.

The book gave me a greater appreciation and understanding of the nature and specific challenges of the crossings. The fact that two modern men, accustomed to all the same conveniences as I am, were the ones doing the traveling made the experience more relatable for me than reading a primary source trail journal. Throughout it all, I remain convinced that I would have been a terrible pioneer, but now I can fully enumerate all the reasons why.