“Meatless, Wheatless, and Sweetless!” It sounds more like a modern fad diet than something you would see in the archives. But alas, that is precisely where SHRA stumbled upon this intriguing statement. We found the phrase so compelling we had to dig deeper. As history would have it, the origins of the phrase can be traced back to Herbert Hoover, the same man who, ironically, promised “A Chicken in Every Pot.” 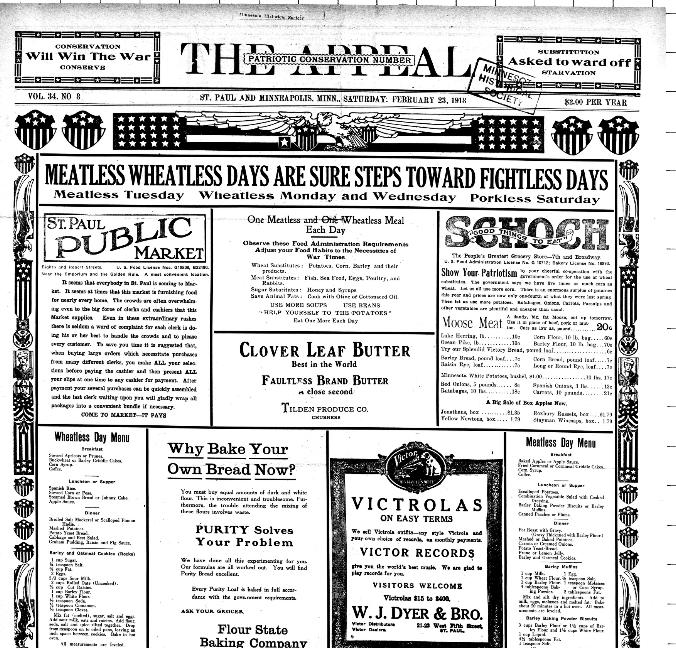 Well before becoming the 31st President of the United States, Hoover had many accomplishments under his belt. His life was a complex journey that made him a multimillionaire, an international humanitarian, and the U.S. Food Administrator. Born in Iowa but raised in Oregon, Hoover attended Stanford as part of the university’s inaugural class. After graduating in 1895 with a degree in mine engineering, he set off for China where he worked as an international mining engineer and financier. Hoover made millions, but yearned for more than money. A chance presented itself in 1914 when Hoover found himself in Europe at the same time Germany declared war on France. Entering the realm of public service, Hoover initially aided Americans stranded in volatile Europe. He successfully orchestrated the return of 120,000 Americans back to the United States in only six weeks’ time. Later, he turned his sights to war-torn and starving Belgium, where he founded the Commission for Relief to provide food for Europeans ensnared in war zones.

Hoover’s philanthropic successes caught the attention of President Woodrow Wilson, who invited the engineer turned humanitarian to head the newly minted U.S. Food Administration in April 1917. Soon, food became the battle cry. By the time the U.S. entered World War I, Allied countries were starving. Farmland had become battlefields, and farmers had become soldiers, which together caused food to be scarce. In order to care for the struggling Allies and feed U.S. troops overseas, Hoover and the U.S. Food Administration created the phrase: “Food Will Win the War.” Hoover and the Food Administration encouraged Americans to cut back on meat, wheat, and sugar and urged the participation in the Meatless Tuesdays and Wheatless Wednesdays campaigns. 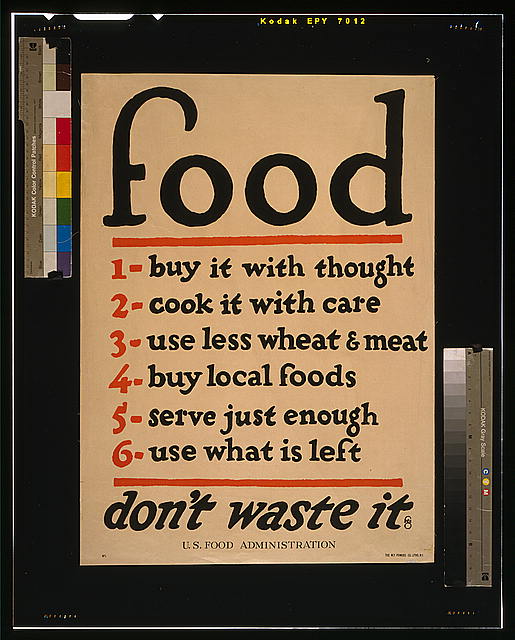 By and large, Hoover’s campaign was a success. Waste was cut and nonperishables were sent overseas for the war cause. But, not everyone fell in line. Papers would often publish stories documenting restaurant violations, as the El Paso Herald did in March 1918 when it reported that 17 New York restaurants had violated “Meatless Tuesday.” In fact, the flavor of the time was rather bitter, with neighbors tattling on one another for various food violations. During World War I things reached a boiling point in Oklahoma, prompting the Tulsa Daily World to publish a warning to “those who disregard the warnings of the Food Administration, those who violate Meatless Tuesday and Wheatless Wednesday, may soon be compelled to observe at least one Eatless day each week.” Despite the infractions, food indeed helped win the war and during World War II Presidents Roosevelt and Truman continued Hoover’s campaign. 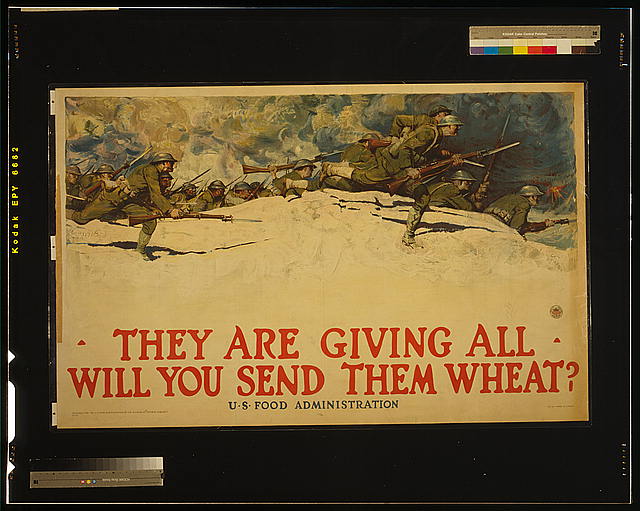 Today, Meatless Monday has replaced the original Meatless Tuesday. The Johns Hopkins Bloomberg School of Public Health, in concert with advertising executive Sid Lerner, have revived Hoover’s campaign and feel that “Meatless Mondays” has all the ingredients to support health, nutrition, the environment, and animal welfare in the present day. Just like during World War I, some restaurants are offering “Meatless Monday” menus. While the new initiative differs from Hoover’s original intent, it nevertheless offers food for thought and an interesting look at history coming full circle.