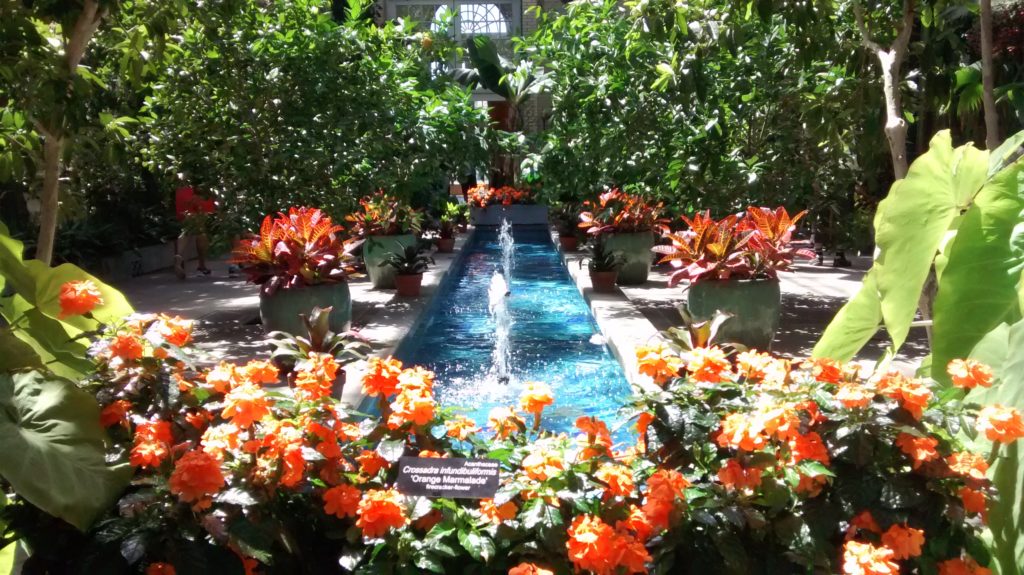 It’s been mighty cold here in Boise and in an attempt to warm up I swiped through cell phone pictures from spring and summer. While doing so, I stumbled upon photographs I’d taken while at the U.S. Botanic Garden in Washington D.C. My sister, mother, and I vacationed in our nation’s capital over Memorial Day 2015, navigating the crowds at the National Air and Space Museum and National Museum of American History. Weary from the jostling, we enjoyed the quiet and the greenery that the Botanic Garden offered. The photos brought back wonderful memories and also got me thinking about the history of the flourishing U.S. Botanical Garden. 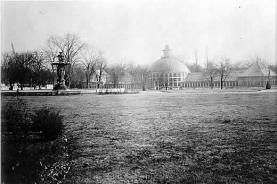 The U.S. Botanic Garden’s roots run deep in our nation’s history. The brainchild of founding fathers George Washington, Thomas Jefferson, and James Madison, the Garden’s origins are traced back to 1816 and the founding of the Columbian Institute for the Promotion of Arts and Sciences in Washington D.C. Congress established the Columbian Institute’s garden in 1820 to the west of the Capitol Grounds, and the Institute immediately began to implement its mission to “collect, grow, and distribute” plants, both domestic and foreign, that would contribute to the welfare of the American people. However, the lethal combination of financial hardship and withering interest posed too great an obstacle and the garden languished. Five years later, the vision for a national botanic garden once again blossomed after the United States Exploring Expedition to the South Seas (also known as the Wilkes Expedition) returned stateside with a collection of living plants. The plants found a temporary home in a specially constructed greenhouse that sat behind the old Patent Office Building, which now houses the National Portrait Gallery and American Art Museum. As construction of the Capitol’s new wings and the Washington Monument were underway, Congress officially named the U.S. Botanic Gardens in 1856 and welcomed cultivation at the former site of the Columbia Institute’s garden. 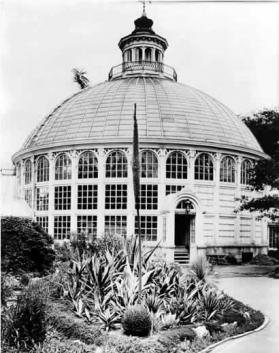 The central dome of the Main Conservancy in the late nineteenth or early twentieth century. Source.

The 20th century brought significant changes to our National Mall. In the 1920s the U.S. Botanic Garden was uprooted and relocated to its present location, along the north and south sides of Independence Avenue. The move resulted in the destruction of more than 200 trees and the dismantling of several greenhouses. But, the move wasn’t all bad. A new Botanic Garden Conservancy, complete with a breathtaking glass and aluminum dome provided ample room for burgeoning plant collections and growing public interest. Enthusiasm for the Garden has remained intact in the 21st century. In 1993, a plant production and maintenance facility complete with 34 greenhouse bays and 85,000 square feet under glass space opened its doors. Between 1997 and 2001 the Conservancy underwent renovation and the National Garden launched in 2006. 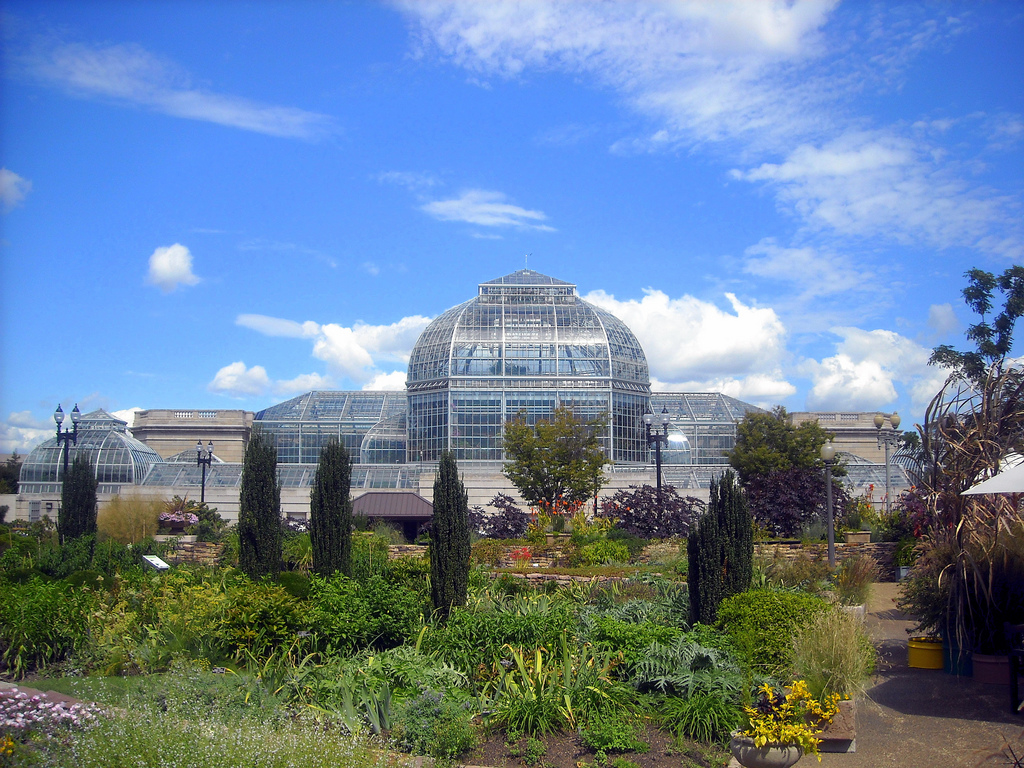 For me, the visit to the U.S. Botanic Garden put on full display how humans are indeed a part of nature. It is great fun visiting the monuments, galleries, and exhibits that the Smithsonian Institution has to offer. But a visit to the Botanic Garden grounds serves as a reminder of the reciprocal relationship humans have with their surroundings. The trip to the U.S. Botanical Garden left an impression on my mom, too. I was thrilled to receive under the Christmas tree from her a membership to the Idaho Botanical Garden. And while my membership won’t keep me warm during the winter, I look forward to it using it as a reprieve during Boise’s scorching summers. 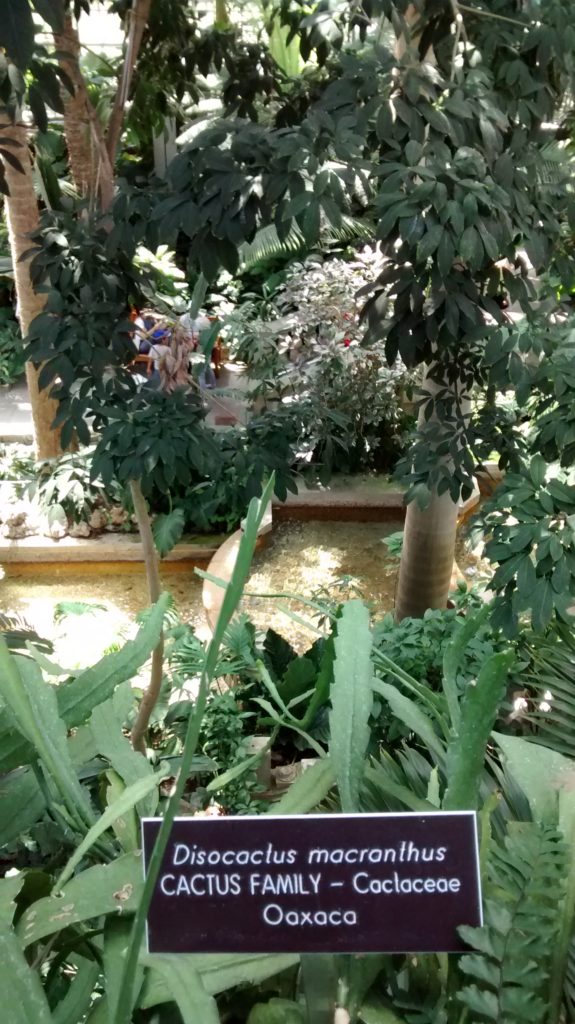