At SHRA we spend a lot of our time interacting with archives. We locate archives online, we correspond with archivists, we review archival finding aids, and we travel to archives to conduct research. All of this archival work has to do with locating and capturing primary source materials: maps, ledgers, petitions, meeting minutes, newspapers, etc. Recently, however, I found out about a different kind of archive: one that stores sourdough starters. The Rob Dunn Lab, out of the University of North Carolina, studies the microbiology of the world around us. The lab is currently the host of the Sourdough Project, a public science project spearheaded by academics spanning the fields of microbiology, ecology, anthropology, history, and art. As part of the lab’s project to study the differences in the microbiology of sourdough strains, the researchers have asked the public to populate a sourdough archive by sending in live sourdough cultures and the stories of those cultures.[1] 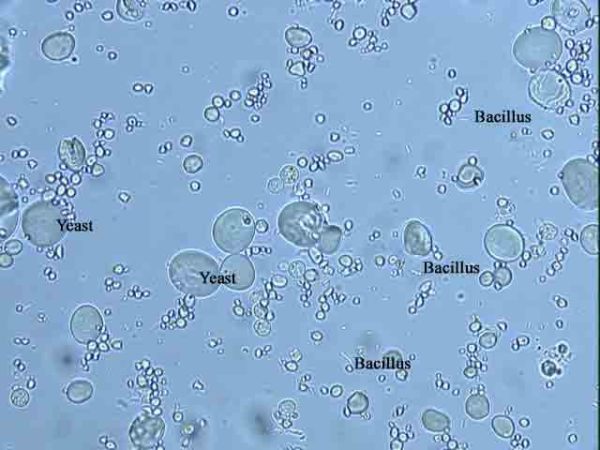 Microscopic image of the yeast and bacteria that make up a sourdough culture. Photo Credit

To understand why this might be useful, it’s helpful to know a bit about the history of sourdough. Sourdough is ancient. Several sources take the origin of sourdough back at least 4,500 years and some argue that it is even older. In any case, at some point in time, someone left flour and water sitting out  and it fermented into a bubbly mixture that, when cooked, made a light, springy, flavorful bread. Eventually, people discovered that by pulling out a scoop of that mixture and combining it with more flour and water, they could shorten the time it took to make bread. It was the birth of the sourdough culture. As humans dispersed across continents and oceans, they carried their sourdough starters with them, in pouches and in crocks, wherever they went. Eventually, they went to North America, and while no one recorded the arrival of sourdough in North America, the California Gold Rush made it famous. Miners dispersing from San Francisco into the gold-strewn hills carried pouches of starter, a habit that led to San Francisco becoming famous for the tangy bread and to miners being nicknamed “sourdoughs.”[2] 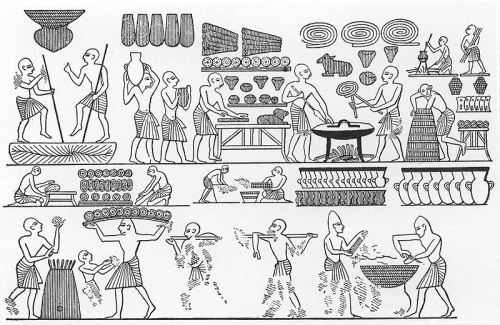 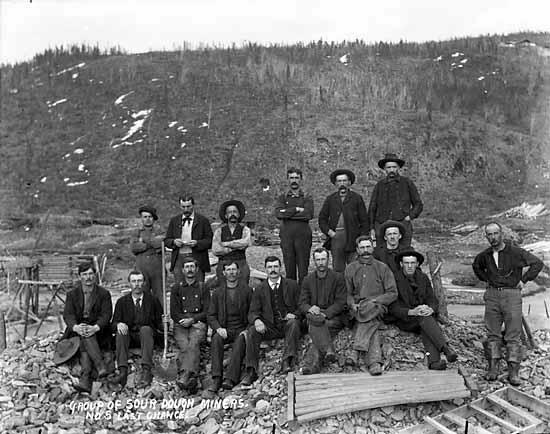 Many California Gold Rush miners left San Francisco for the hills with a pouch of sourdough starter around their necks, giving them the name “sourdoughs.” This is a 1901 photo of a “Group of Sour Dough Miners” at Last Chance Creek in the Yukon. Photo credit

Up until about 150 years ago, sourdough bread was the traditional type of bread on European and white American settlers’ tables. That changed in the late 19th century when scientists discovered microorganisms, isolated different yeasts, and developed a baker’s strain that caused flour to rise within hours instead of days. Baker’s yeast bread was a commercial success and soon took over the bread market. Yeast breads became the new normal, but they left something behind. The proofing of yeast breads happened so quickly that there was no time for bacteria to grow in the dough. It was the bacteria that gave the sourdough its “tang.” Without it, the bread was less flavorful and more apt to spoil. As a result, bakers began adding sugars and preservatives.[3] 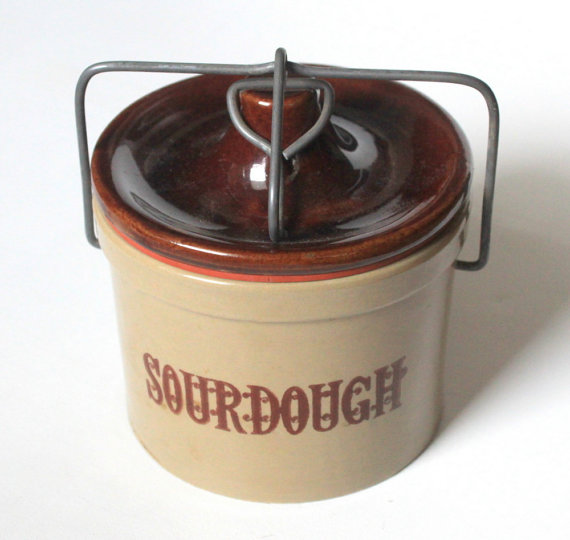 Since the 1970s, there has been a resurgence of interest in the “old” way of making bread fueled by health interests and foodie culture. People like Ed Wood, founder of Sourdough International in Cascade, Idaho, have travelled the world in search of different cultures of ancient sourdoughs. These sourdough aficionados argue that the yeasts and bacteria in these cultures are unique to their origins and have different flavors and habits. This sort of an argument was not one modern microbiologists could let pass by. The first study of sourdough microbiology led to the discovery of a new type of yeast, now named after the city of sourdough fame, Lactobacillus sanfranciscensis.  Other studies have followed as researchers seek to discover whether different cultures remain unique even after they relocate to new environments, as well as how cultures alter over time, with different treatments and with different handlers. Among other planned studies, the Rob Dunn Lab plans to use its archive of starters to determine just how much of the bacteria from people’s own bodies make it into the sourdough starters they own.[4]

The question intrigues me by tying together my interests in history and the environment. It is personally relevant, too. I was given sourdough starter this year at Christmas from a new Boise friend. In many ways, it seemed the perfect welcoming gift. I have always associated sourdough with the West, and this gift tied me, in my newcomer role, to the history of the West in a tangible way. The particular starter that I found under my tree came from cowboys who had crossed paths with my friend as she was camped along the Salmon River in the wilds of central Idaho. So, as I bend and knead my sourdough into its next loaf of bread, I will have lots to think about. Rolling under my fingers are my own bacteria, cultured from my own stories and experiences, but also the stories of those who handled the culture before me: the rafters on Lauren’s camping trip, the cowboys who rode the riverbank, and perhaps the miners who crossed paths with the ancestors of those cowboys deep in Idaho’s history. Who knows, perhaps these bacteria go back even further across oceans and time. In a way, my starter is its own archive and by continuing to nurture and feed it I am making a place for myself in its story.