My job description at SHRA clearly outlines that travel is required. In fact, all historians with SHRA can expect to travel and work away from the office roughly 25% of the time. This is to be expected of a job where we are in search of rare documents that likely exist in only one repository in the country. A recent research trip took me to southern California, and my return flight inspired the idea for this blog series on the history of passenger aviation. What should have taken me an afternoon to travel from SoCal to Boise ended up taking two days, and ultimately, a train, two taxies, and two airplanes. As I was on hold with customer service trying to rebook my second cancelled flight, my mind was on the nostalgic “good-old-days” of air travel. I wondered how the industry began, flourished, and morphed into the reality of 21st century travel. The historian in me, however, also wondered whether this era of aviation history was truly as wonderful as America’s collective memory has led me to believe. 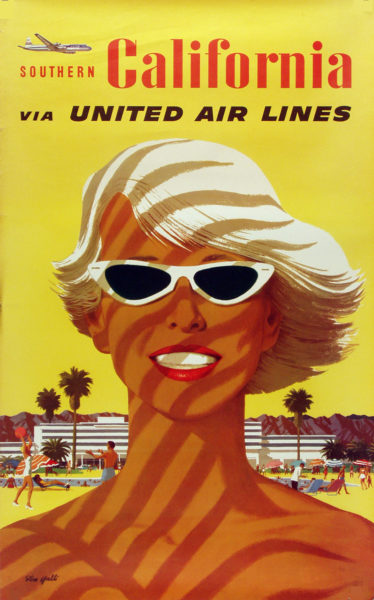 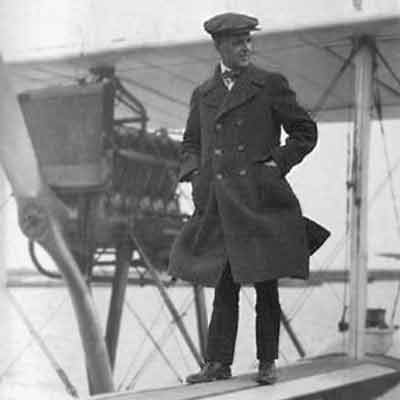 Pictured above is Inglis Uppercu with one of his “airborne limousines.” Photo credit

While these early companies helped to pioneer commercial air travel, the U.S. Post Office played an even bigger role in the birth and sustainability of what would become the passenger airline industry. By 1925, the Post Office’s fleet of planes delivered more than 14 million letters, however, the passage of the Contract Air Mail Act of 1925 diversified the airmail service, removing some control from the Post Office and allowing private aviation entities to contract to deliver mail on smaller “feeder” routes.[4] The first major “airmail” contracts went to individuals who would later start many of America’s airline giants, including Pan American Airways, American Airlines, National Airlines, and Transcontinental and Western Air (TWA).[5]  During the 1920s, airmail contracts, not passenger service, equated to financial success within the airline industry. In addition to airmail contracts, the Air Commerce Act of 1926 also had lasting impacts on the birth of the industry. This act transferred the responsibilities of civilian aviation to the Department of Commerce’ new Aeronautics Branch which enforced various regulations, including air traffic rules, prescribed airway routes, aircraft certification, and pilot licensing.[6] These regulations led to improvements in technology, airline safety, and comfort, and set the foundation for the profitable and successful passenger travel that developed in later decades.[7] 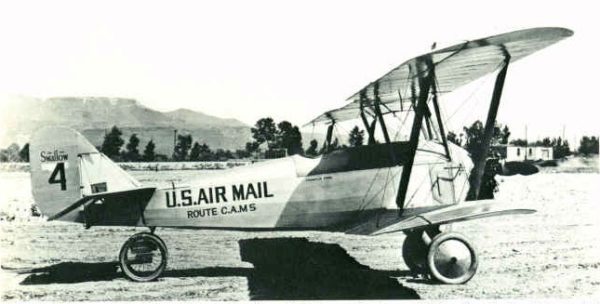 During the 1930s (and in part due to an amendment to the Contract Air Mail Act of 1925) commercial airlines had more incentive to fly larger and better equipped planes so as to simultaneously increase passenger service and fulfill airmail contracts. In 1933, United Airlines revealed the Boeing 247 twin-engine, all-metal, low-wing monoplane that could carry 10 passengers and 400 pounds of mail.[8] With a cruising speed of 189 mph, United Airlines began offering “same-day” service between San Francisco and New York, with multiple stops for refueling.[9] Other companies also came out with newer aircraft, including TWA’s DC-2, 14-seater; American Airways DC-3, 24-seater; and Pan American’s S-42 Clipper Seaplane,[10] all of which made flying safer and slightly more comfortable for those passengers brave (and wealthy) enough to travel by air.

The famous Sikorsky Flying Clippers carried between 10 and 40 passengers and took Pan Am passengers to exotic destinations, such as Rio de Janeiro. Photo credit

And yet, flying before the Jet Age (which emerged in the mid-1950s) typically meant uncomfortable unpressurized cabins, no air conditioning, insufficient heating, and extensive turbulence. Given these conditions, and the airlines’ need to ensure repeat passengers for financial gains, airlines began providing in-flight services in an attempt to alleviate the discomfort. The solution was the hiring of airline stewardesses. Although part of the nostalgia for the industry’s glamourous past stems from the characterization of beautiful and friendly female stewardesses, men filled this position during the very early years of airline stewardship.[11] This changed in May 1930, when Boeing Air Transport introduced the first female air stewardesses, who also happened to be registered nurses. Registered nurse Ellen Church convinced Boeing’s San Francisco office manager that registered nurses were best equipped to tend to the “ailing passengers” and thus the role became almost exclusively female.[12] Boeing stewardess responsibilities soon expanded from treating to airsick passengers to carrying baggage, taking tickets, and checking gas lines, in addition to maintaining a clean cabin and serving refreshments. Other airlines soon picked up on the trend and hired their own female stewardesses, although Pan American resisted the trend until 1944.

Pictured above are the first eight female airline stewardesses to work in the United States. These women were also registered nurses.  Photo credit: National Air and Space Museum

The industry continued to grow through the 1930s and 1940s, and World War II had an unexpectedly positive impact on said growth. As with all major industries, airlines turned their attention to supporting the war effort almost exclusively, and as a result, casual passenger travel virtually ceased with the exception of a “tight priority list“ of individuals whose air travel was pertinent to the war effort. However, this restriction meant that flights operated at roughly 80% capacity, which was 20% higher than pre-war flights.[13] In addition to the industry’s war time contributions, the government created the Civil Aeronautics Authority in 1940, which merged the regulatory functions of the Interstate Commerce Commission, Post Office, and Commerce Department and further strengthened the industry through regulating fares and airway routes. This regulatory environment allowed a select few airlines (United, American, Eastern, and TWA, along with regional north-south carriers) to emerge and dominate the industry.[14] With the end of hostilities, better and safer aircraft, limited competition, and rising revenues airlines once again turned their attention to improving the airline experience and passenger satisfaction.[15] 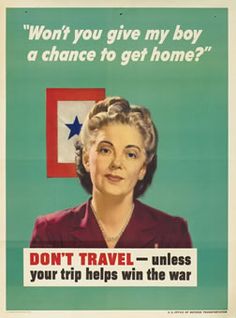 By the end of World War II, the airline industry was primed to become the industry of mass transportation that it is today. Technological advances engineered during the war lowered the costs of airline operation, improved aircraft speed, and increased passenger comfort. However, these improvements were small in comparison to the amenities that would emerge during the Jet Age of the 1950s. Check back for the next installment of this blog to learn about the emergence of this era in aviation history, and to see how history has remembered aviation’s most exciting era.