In last week’s blog, I wrote about the history of lookouts (LO) as the early indicators of the agency’s aggressive fire suppression policy. This week, I explain how the LOs comprised but one element in the U.S. Forest Service’s policy of total fire suppression that culminated in overgrown forests – tinderboxes – primed to burn out-of-control.

Prior to the Great Depression, the United States Forest Service (USFS) operated with a limited budget despite its responsibility to administer and manage its portion of the massive public domain – the national forest system that today encompasses 193 million acres. In 1933, the USFS capitalized on the Great Depression’s surplus supply of labor to bring its campaign of fire suppression to bear on the public lands as never before. An army of nearly 250,000 young men enrolled in the Civilian Conservation Corps (CCC), doubling the agency’s ranks as they set about constructing roads, building firebreaks, and erecting lookouts for service in the agency’s war with wildfire.[1]

In 1935, Chief Forester of the USFS, Ferdinand “Gus” Silcox, utilized the CCC to develop a uniform fire policy. The result was Silcox’s “10 a.m. policy,” a directive that demanded that all wildfires, regardless of how remote, be brought under control by 10 a.m. the morning following ignition. This decree “assumed the same result from a fire started 100 miles away as a fire started 100 yards from a ranger station” a decade before the USFS had the capability to insert aerial firefighters (smokejumpers) into the remote stretches of the national forests.[2] Despite the logistical limitations posed by controlling wildfires that started hundreds of miles from the nearest human settlement the 10:00 a.m. policy came to define the USFS’s management of wildfire. 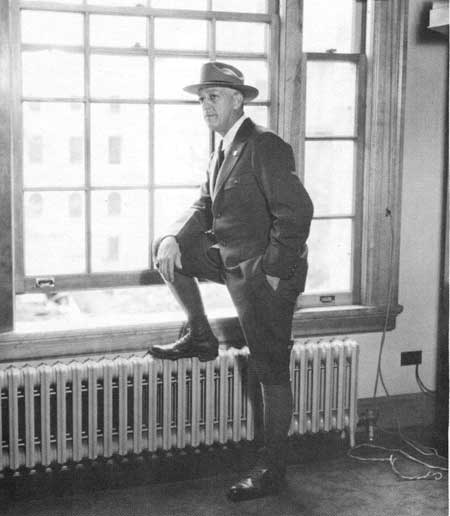 Ferdinand “Gus” A. Silcox, fifth Chief of the Forest Service, oversaw the development and implementation of the “10 a.m. policy.” In 1978, the USFS abandoned the policy and adopted a more ecological approach to wildfire management, which included the use of prescribed fire to minimize catastrophic fires.  Photo Credit: Forest History Society.

Lookout towers – “Sentinels of the Woodland Empire” – played an instrumental role in carrying out this policy, since early detection allowed the Forest Service to muster the resources (men and materials) necessary to “catch” fires while they remained small and relatively benign. Newly constructed roads, which penetrated the remote backcountry, allowed hand crews to respond to wildfires first spotted and then radioed in by the network of “Woodland Sentinels.” As it ignored the unique ecological composition of individual forests, the “10 a.m. policy” simplified forest management and nurtured an illusory mastery over nature. The unobtainable goal of suppressing wildfires within the first “burn period” – the heat of the day between 2:00 pm and 6:00 pm when fires most actively burn – exemplified the USFS’s high-modernist program of simplifying the management of complex ecosystems. As fire historian Stephen Pyne argues, only amid the “cornucopia of New Deal programs (CCC) could such a preposterous goal of statist control of nature be attempted.”[3]

In the post-war era, techno-optimistic bureaucrats revolutionized firefighting by employing air tankers, bulldozers, and tracked vehicles to battle wildfires and realize the “10 a.m. policy.”[4] A reliance on aerial detection slowly began to displace the utilization of lookouts and by 1967, state forestry departments and the USFS saw a 30% decline in the use of the “Woodland Sentinels.” By the 1970s, the decline in lookouts accompanied a shift in USFS fire management, which culminated with the abandonment of the “10 a.m. policy” in 1978. Amid a growing understanding of fire’s importance to forest health and the absurdity of actually controlling wildfires during the first burn period, the USFS scrapped the policy. In its place, the USFS adopted a policy of prescribed burning, which continues to evolve in its scope and application today. 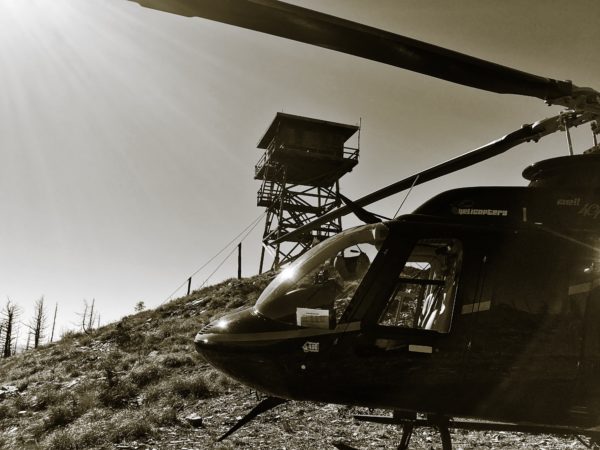 Although lookout Towers, such as the Kootenai National Forest’s Berray Mountain, may no longer be used for fire detection, they still function as “repeater sites” for radio communication, which allows firefighters to suppress wildfires-even in the remote backcountry like the Cabinet Mountains Wilderness in Montana.  Photo Credit: Author’s personal collection, United States Forest Service, Flathead Helitack, FNF, October 2016.

By 2015, the USFS and state forestry departments staffed fewer than 400 lookouts in the western U.S., down from the agency’s high of 5,060.[5] Resource managers have argued that constrained budgets, the continued reliance on aerial detection, and the advent of cutting-edge camera technology, have made lookout towers obsolete. In 2015, the Nevada Seismological Laboratory deployed a dozen high-definition cameras in the Lake Tahoe Basin to test the efficacy of unmanned detection systems. The infra-red cameras pan 360 degrees, tilt and zoom, and feed time-lapse images to Fire Management Officers in the comfort of their offices. As Graham Kent, director of the Nevada Seismology Lab, argues, “If you’re not seeing thousands of these cameras in the future, then call up the government and ask why they are wasting money on other methods.”[6] 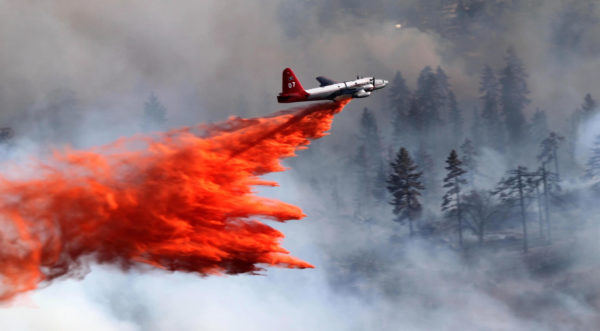 The USFS came to rely on surplus military equipment and a variety of air tankers to realize its “10 a.m. policy.” Today, the USFS still relies on aging airtankers such as this P2V, although 2017 marks their final fire season. The aging aircraft have slowly been replaced by DC10s and other air tankers.   Photo Credit: Montana Public Radio

Yet, for the time being, the shell of a once intricate network of Woodland Sentinels maintain their vigilance over the Forest Service’s 193 million acres of forest protection. While some have burned to the ground or fallen into disrepair, a choice few remain standing – echoes of an important past that patiently waits for the stories imprinted in the timbers and steel beams of their frames to be preserved and recounted by the flickering shadows of the campfire. Check back for the next installment in this blog series where I explore the architectural history and current historical methodologies used to preserve these pieces of USFS history. 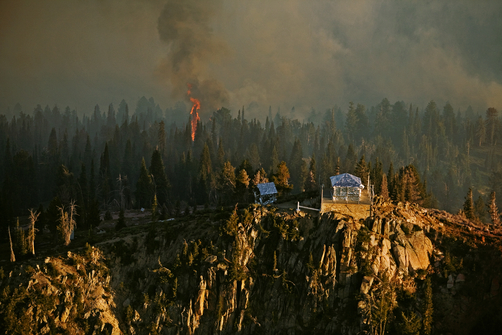 [3]Pyne, Between Two Fires: A Fire History of Contemporary America, 13.

[6] Dickie, “The Last Stand of the West’s Fire Lookouts.”