Since the late 19th century, Boise’s geothermal energy has been an economic and cultural driver of the city’s development. A variety of entrepreneurs capitalized on the region’s active geologic inheritance to provide Boiseans with cheap and sustainable energy and, in doing so, pioneered the first geothermal heating district in the United States. Forty years later, Boiseans continued to develop new applications for the use of geothermal water. In 1930, Thomas F. Edwards established Edwards Greenhouse, the first commercial greenhouse to use geothermal water.

In the late 1920s, Edwards turned his green thumb and entrepreneurial spirit into a century-long business success when he tapped into the Treasure Valley’s underlying reservoirs of geothermally heated water to extend the valley’s limited growing season. 1927 proved to be the magic year for Edwards when he discovered the site for a geothermal well on his Boise property.[1] 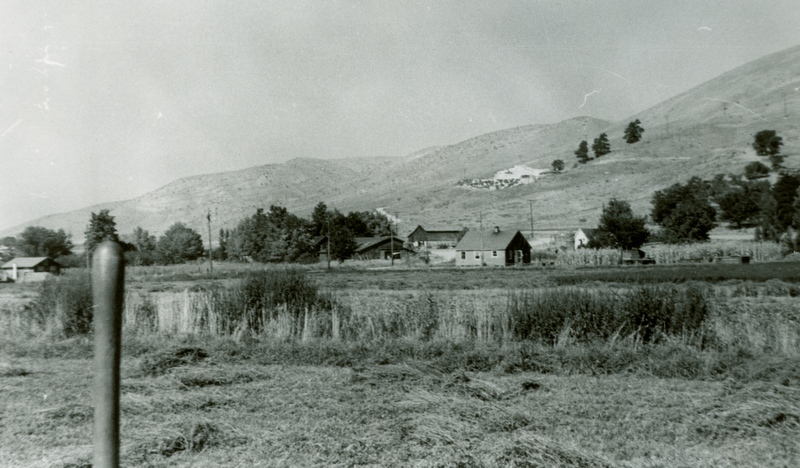 In the 1920s, Thomas Edwards purchased this land off Sand Creek and Tamarack streets (Hill Road) in northwest Boise near Stewart Gulch. In 1927, Edwards drilled for geothermal water on the property and by 1930 utilized the water to establish a truck farm, “Thomas F. Edwards and Son,” which preceded Edwards Greenhouse. Edwards utilized the geothermal water to create “hotbeds” to raise vegetables. Eventually, Thomas Edwards constructed greenhouses he heated with geothermal water to grow a variety of vegetables and fruits (radishes, onions, sweet potatoes, and watermelons) out of season that he then delivered by truck to residences and business throughout the Treasure Valley. Photo Credit: Garnette (Edwards) Monnie. Photo Date, 1939.

Thomas F. Edwards oversaw the first development of the Treasure Valley’s geothermal potential outside of east Boise, where the Boise Artesian and Hot and Cold Water Company had first begun developing Boise’s municipal water supply in 1892. (See our blog on this topic from last week here.) Edwards paid a substantial sum, $5,000 in total, to develop the geothermal resource that lay underneath and adjacent to Stewart Gulch near his property. Thus, four decades after Boise established the first geothermal heating district in the United States, this astute entrepreneur became the first farmer to use the naturally heated geothermal water to create “hotbeds” within the soil to raise a variety of vegetables. Within several years, Edwards also developed the first geothermally heated greenhouse in the nation when he enclosed a portion of the family farm by erecting several greenhouses on the property. 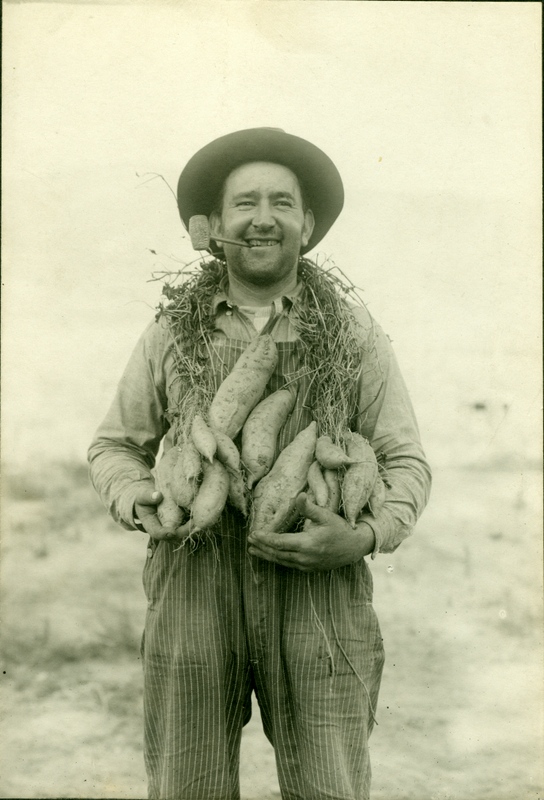 Thomas F. Edwards’s son, Paul Edwards, grew up near the greenhouse and developed a green thumb of his own while he worked for the family-owned business. As fate would have it, Paul Edwards met his wife Dody, a florist-by-trade, on one of his routine deliveries of flowers and produce to Payette, Idaho. Paul served in the U.S. Navy during World War II where his unit constructed naval airstrips on Guadalcanal. As with thousands of other soldiers serving in the Pacific, Edwards contracted a severe case of malaria, cutting his enlistment short, but not before his unit received a Presidential Citation for its extraordinary heroism in action against the Japanese.[2]

Together, Paul and Dody had three daughters, including Garnette Edwards. In 1947, Paul and Dody bought the family business and oversaw the largest expansion in its history. Paul exhibited a business acumen not unlike that of his father. While “hot beds” and geothermally heated greenhouses had given Thomas F. Edwards the edge in the truck-farm and greenhouse markets during the Depression and through World War II, the industry had changed significantly in the postwar years. The prevalence of automobiles and grocery stores eventually made the truck farm obsolete. Paul Edwards carefully read the post-war business landscape and changed the business trajectory of Edwards Greenhouse by placing a special emphasis on raising flowers, an emphasis that remains today.[3] 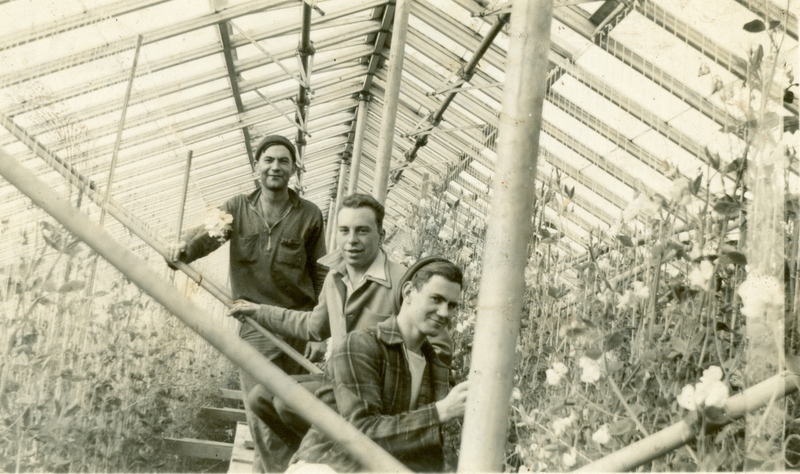 Growing up on the family farm and greenhouse left a deep impression on the Paul and Dody’s children, and each daughter had a hand in making the business flourish and securing its future. In 1983, Garnette (Edwards) Monnie became the third generation to oversee and nurture the family business that her grandparents, Thomas and Pearl Edwards, had planted fifty years earlier. Monnie has overseen several expansions of Edwards Greenhouse and her daughter, Erin Monnie, represents the fourth generation of the Edwards family who has devoted their energies to supplying the Treasure Valley with unique floral specimens and a variety of other horticultural products. Monnie understands the unique value of the family business she inherited, especially the geothermal well her grandfather prudently developed in 1927. During a recent adjudication of water rights in Stewart Gulch, Garnette Monnie explained, she finally understood “what all this meant”– to be the steward of both the family business and the incredibly valuable geothermal resource that allowed Edwards Greenhouse to thrive.[4] 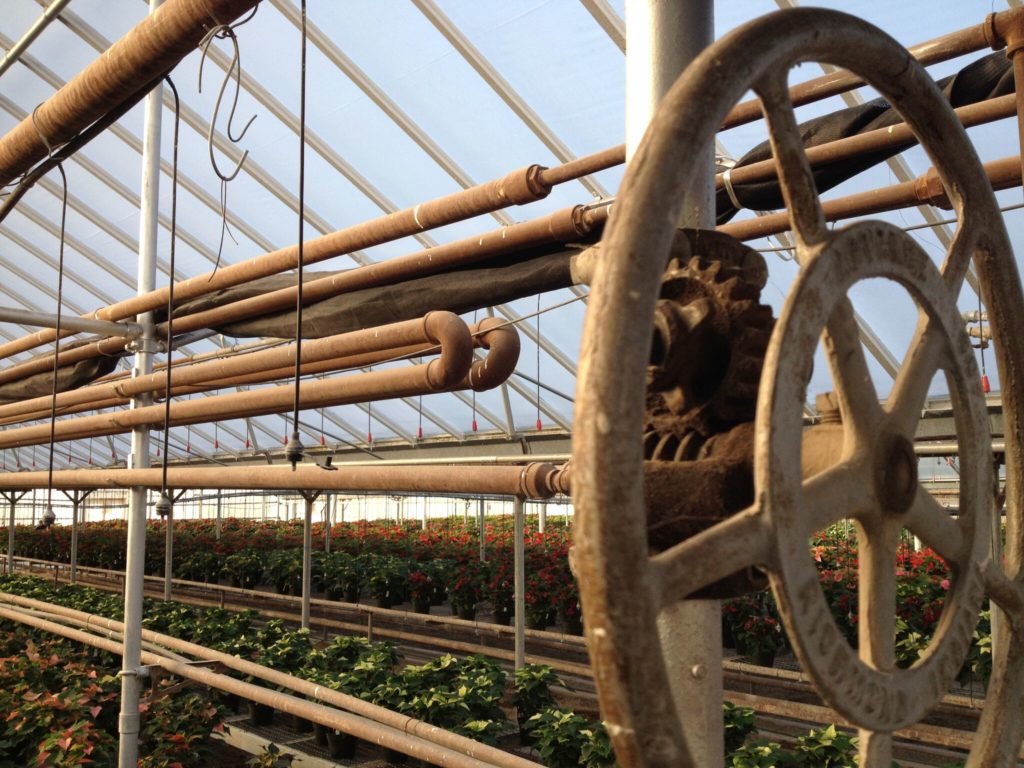 In my recent interview with Garnette Monnie, she reflected on the special importance her parents placed on the family business and the gardening community that Edwards family has served for nearly a century. Monnie said she has embraced the importance of the enterprise she now oversees. In 2014, Monnie spoke at the Geothermal Greenhouse Partnership conference in Pagosa Springs, Colorado, where she shared her knowledge on geothermal resources with new and aspiring business owners in Colorado. Monnie expressed deep gratitude for the work of her predecessors that made Edwards Greenhouse thrive. 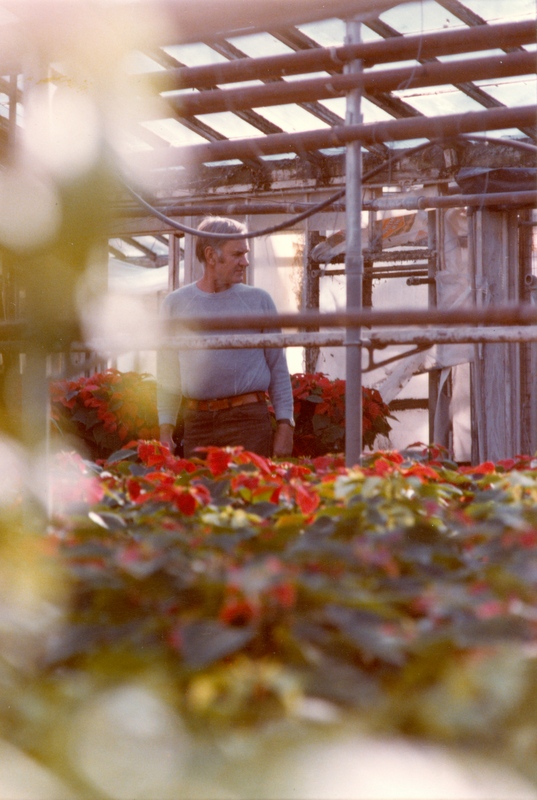 Paul Edwards examining a winter crop of poinsettias. For decades, Edwards Greenhouse has grown the poinsettias that adorn Idaho’s Capitol building during the holiday season. Edwards Greenhouse is a Treasure Valley institution that has and continues to cultivate long-lasting relationships throughout southwest Idaho. The business grew the first grape cuttings for the Ste. Chapelle Winery near Emmett, ID and has grown many of the annuals that have adorned Ann Morrison Park.[5] Today, Edwards Greenhouse continues its active community engagement by providing a venue for community oriented fundraisers. Photo Credit: Garnette (Edwards) Monnie. Photo Date, 1967.