Editor’s note: Below is part of  the recent Idaho Power Centennial project for which SHRA did the historical research and image sourcing. 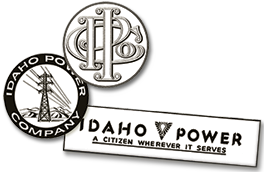 Idaho Power was formed in 1916, when five companies merged. The company began with nine hydroelectric plants. Idaho Power spent the next 15 years investing in construction and growth projects to improve generating capacity and facilities from Pocatello in the east to Swan Falls in the west. Through these projects, the company formed close business partnerships with local industries, including mining, agriculture and manufacturing. These partnerships would last throughout the next 100 years.

As its facilities grew, Idaho Power’s sales team presented the benefits of electricity to households in its service area by selling modern electric appliances directly to customers. Salesmen sold items like clothes washers, waffle irons and cooking ranges. These appliances promised Idaho housewives a new way of life. To serve the customers who bought these wares, the company started its rural electrification program. The program’s goal was to bring power to even the most remote customers and make Idaho Power well-known in cities, towns, farms and ranches across its service area. 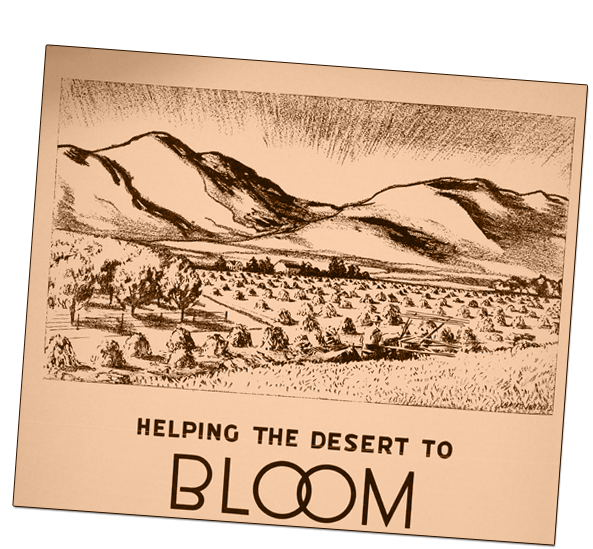 Building Power
In 1916, Idaho Power’s facilities generated only 20,340 kilowatts (kW) and served only 18,000 customers. But demand for electricity grew dramatically. To keep pace, the company upgraded its existing facilities and built several new ones. Using the power of the Snake River’s many natural waterfalls was the key to the company’s future. 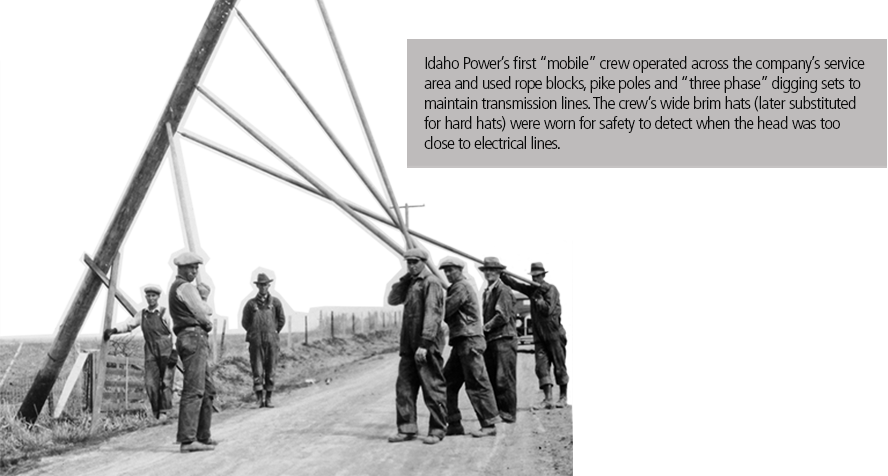 Beginning in 1920, the company applied for several new hydroelectric developments with the Federal Power Commission, including Twin Falls, Upper Salmon Falls and Thousand Springs. In 1921, the company completed the expansion of Shoshone Falls. In 1927, Idaho Power dedicated the American Falls Dam in cooperation with the Bureau of Reclamation.

To connect these generating facilities with customers, Idaho Power constructed hundreds of miles of transmission lines and built the 17th Street Substation in Boise. This substation collected and distributed power from six main transmission lines across the service area. It also ensured reliable back-up service. 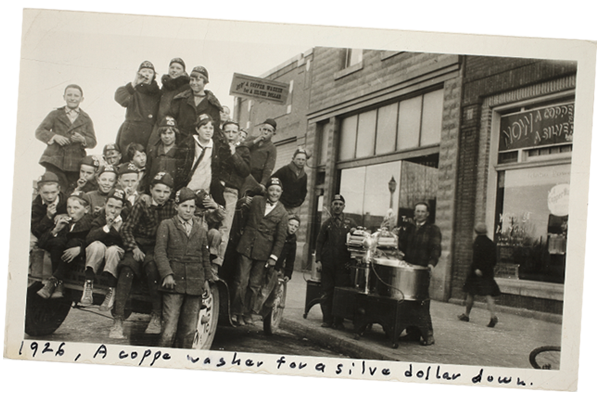 Rural Electrification
The push to electrify rural America made its way to the Gem State soon after Idaho Power’s formation. Expanding Idaho Power’s rural reach was one way to grow its customer base. 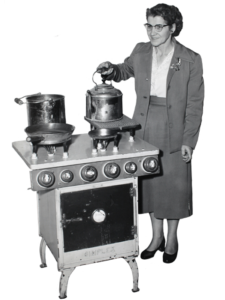 In the 1920s, Idaho Power’s mobile crews visited farms and ranches and set pole after pole in places far away from the company’s headquarters in Boise. The new rural service truck was launched in 1926 and was designed to serve rural customers and sell them special electrical appliances. Sales teams carried items geared toward farm life, such as brooders (a device or structure for rearing young chickens or other birds), milk coolers, farm yard lights and stock tank water heaters.

By the late 1920s, Idaho Power had 10,000 rural customers and had constructed more than 1,100 miles of rural transmission lines. But it took until the late 20th century to accomplish Idaho Power’s ambitious goal of reaching every household in its service area.

The All-Electric Push
Idaho Power’s Electrikat (a newsletter for employees) declared in 1922 that the hot weather was a great time for Idaho Power salesmen to sell “electric servants” to “worn out housewives.” 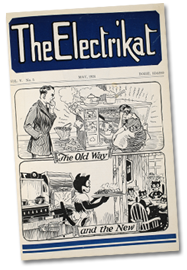 Selling appliances directly to customers was another way Idaho Power increased electricity use during its first several decades. The company’s salesmen traveled across southern Idaho and eastern Oregon on behalf of brands like Hoover®, General Electric® and Thor®, selling and servicing large appliances, such as “sweepers” and ranges, as well as small appliances, like irons and toasters. They offered customers incentives, such as good credit terms and giveaways like a coffee percolator with the purchase of a washing machine. Regular contests were held to find out which division in the company could sell the most. Payette, a division of rural farms and ranches, was often at the top of the list.

To drive sales, the company hired women to demonstrate appliance use at cooking schools in Idaho Power’s service area.

Advertisements
Idaho Power built up its hydroelectric facilities along the Snake River between 1916 and the end of the 1920s to provide customers with reliable service. To use the surplus of new energy capacity, the company sold customers a wide range of electric appliances. Idaho Power used a number of sales tactics, such as:

Interurban
Did you know Idaho Power is part of the rich Treasure Valley streetcar history? During the late nineteenth century, southern Idaho was a leader in public transportation. Boise’s streetcar began in 1891; just four years after the nation’s first electric street railway started in Virginia. The Treasure Valley’s interurban system stretched 44 miles and linked growing communities in both Ada and Canyon counties.

The electric railway did more than transport passengers. Rural farmers also shipped their produce through its freight service.

Why was Idaho Power involved with streetcars? The company’s electric lines powered the streetcars by connecting to them or running along the same right of way. Although the interurban only operated until 1928, it was an agent for immense growth in the Treasure Valley. It remains an important part of Idaho Power’s and the Treasure Valley’s history. In fact, many of the electric railway’s benefits, including the development of recreation, support of agriculture and growth of communities, are still important to Idaho Power today. 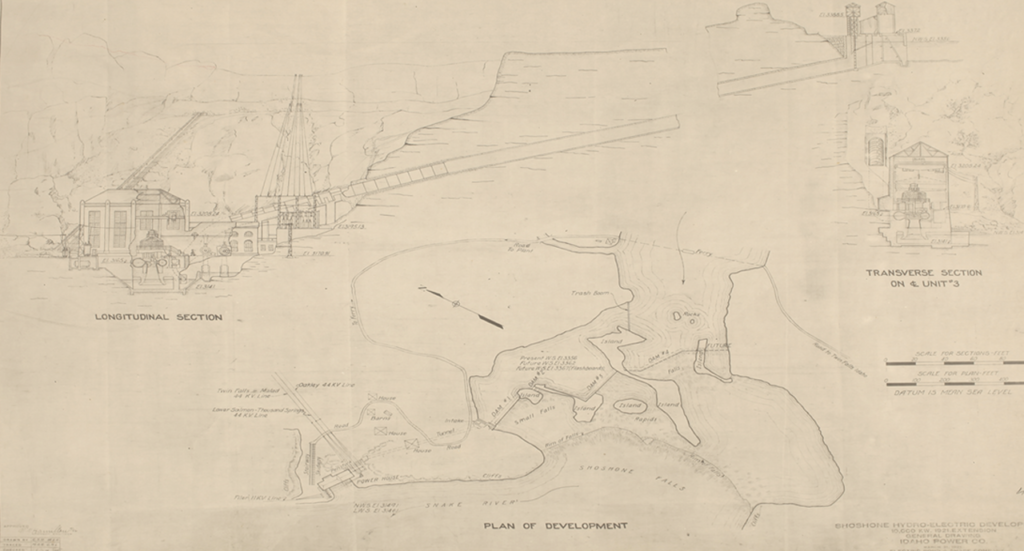 World War II ended the tough economic times of the 1930s, but left many people mourning loved ones and people bonded over the shared sacrifice of the war. Idaho Power offered strong support to its many employees who served overseas. Idaho Power contributed to World War II efforts in other ways, too. The company helped local industries secure war production contracts and held scrap metal drives across its service area to supply metal for ammunition and guns. It also strung long transmission lines to remote locations to connect various war industries to power. 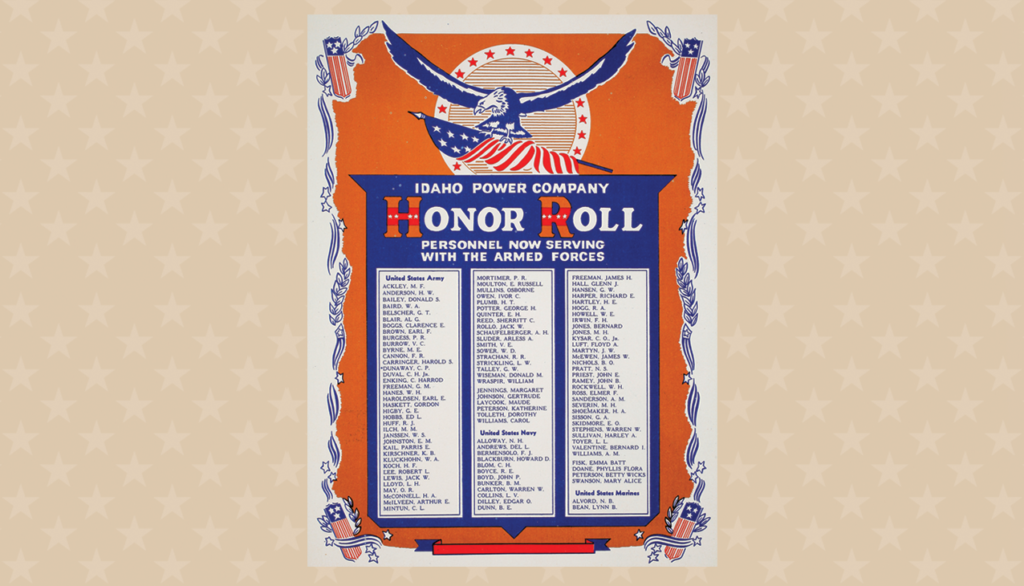 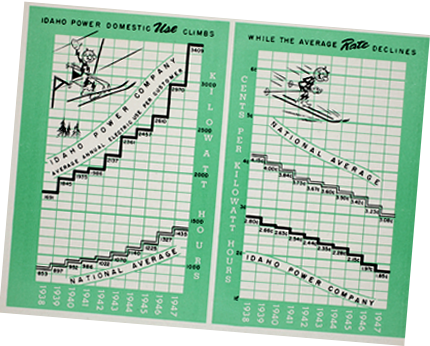 When the fighting ended, the company was well-positioned to lead and support Idaho’s postwar economic growth. Idaho’s industrial growth required the company to increase capacity. The improving economy also added to power demands, as people used more electricity and bought more appliances. By the end of the 1940s, Idaho Power’s customer base had roughly doubled to 104,000. The company had also added four new generating plants along the Snake River.

World War II
Idaho Power claimed to be the country’s highest taxed utility in 1940 and the company boasted that the taxes it paid helped to outfit soldiers during the war. Idaho Power aimed to be a “Citizen Wherever it Served,” and devoted resources to support war industries during the war. It built interstate transmission lines and connected 280 generating stations. This created a massive energy pool. Customer rates continued to fall, promoting even greater demand.

Post-War Growth!
Idaho’s postwar economic boom was similar to those in other places across the country. Idaho Power played a major role in the expansion. New businesses were launched in the Gem State, while established industries, such as timber and mining, expanded or improved their operations. One of Idaho’s new plants — the Westvaco Elemental Phosphate factory in Pocatello — required the same amount of electricity as a new city of 50,000! Gaining demand-heavy industrial customers meant Idaho Power no longer had to rely on appliance sales. The company ended the long-standing appliance sales program that had defined it for so many years.

Making the Technological Leap
Technological advances in the utility industry were another sign of modern times. These advances changed the way Idaho Power conducted business. Adoption of supervisory control and a switchboard system called UNIT TROL allowed the centralized control of substations, and rubber in transmission lines improved safety for employees. Idaho Power installed self-regulating transformers and began using cranes to load poles in the 1940s. The most lasting discovery may have been air-conditioning, which doubled the shelf life of Idaho potatoes. 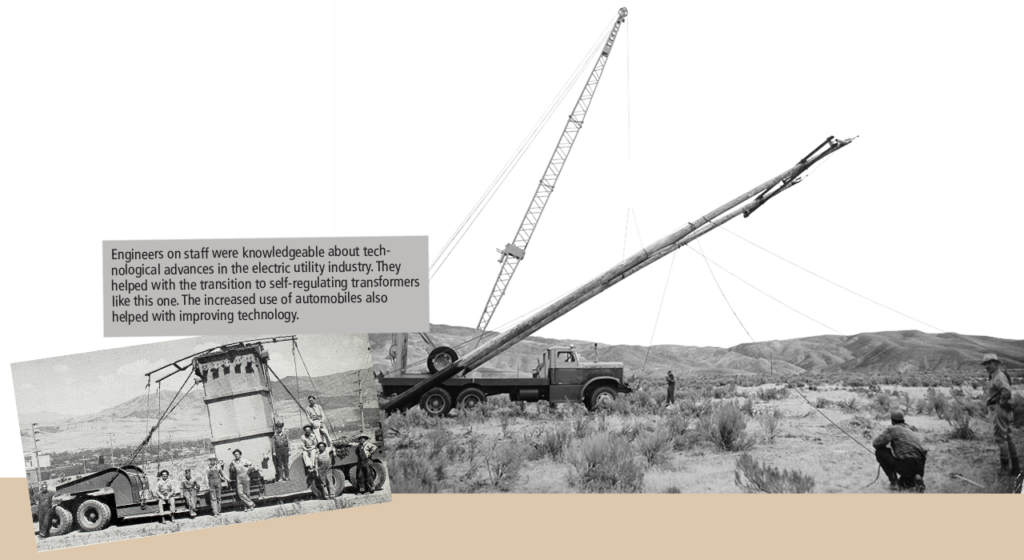 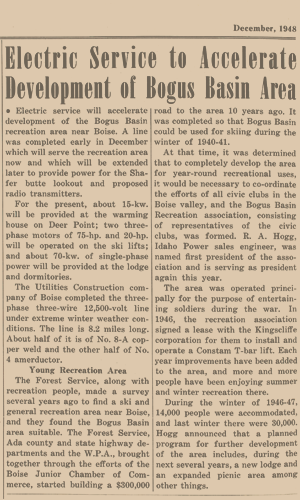 The Great Outdoors
Americans’ newfound free time defined the postwar era. Customers in the company’s service area found some of the state’s best fishing and camping spots near Idaho Power facilities. The company began to highlight this fact in its partnership with the Chamber of Commerce. To meet the non-electric desires of its customers, the company filled in the trout-trapping potholes downstream of American Falls Dam. It also started a long relationship with the ski industry when it provided power to Bogus Basin’s ski lifts and warming hut near Boise in 1948.

Advertisements
In the 1940s, Idaho Power’s sales strategy shifted. The company moved away from selling electric appliances and relied on independent dealers to sell these products. In fact, by February 1946, Idaho Power’s sales department shrunk to 40 percent of its pre-war size. The change was clear in the company’s advertisements, which once encouraged customers to head to Idaho Power’s showroom to see a new range or refrigerator. However, some aspects of the company’s ads remained constant. Ads again targeted women after the war, and praised the benefits of using electric appliances in the kitchen. The company began to target new audiences too, directing some ads at new industries. 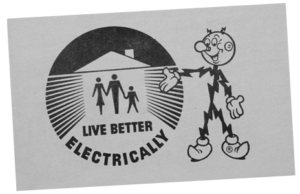 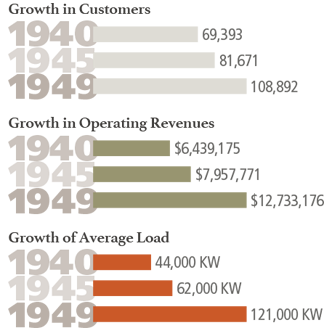 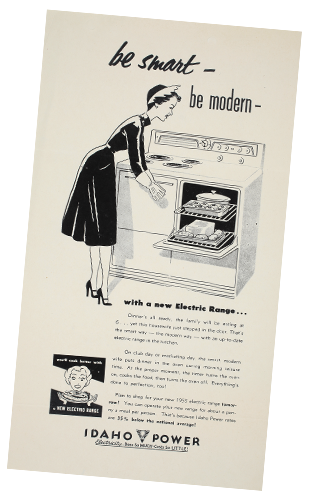 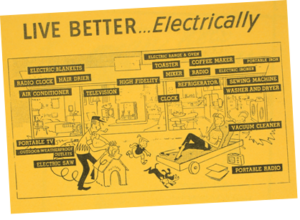