SHRA » Who We Are » Amalia Baldwin, M.S. – Manager and Lead Historian 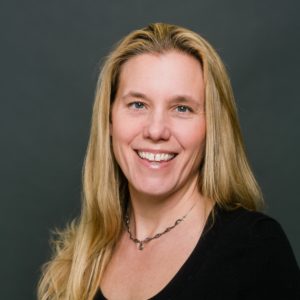 Amalia Baldwin has been a part of the SHRA team since September 2016 as a researcher, analyst, and project manager. Her work with the firm is primarily in litigation support, where she has authored and edited reports, provided public testimony, and managed projects from initial client contact through final product delivery. Her background in environmental science and anthropology serves as an excellent foundation for Native American histories, navigability studies, water and land use histories, and environmental contamination studies. She has extensive experience in archival research and has worked in National Archives branches, state and county archives, academic repositories, and/or local history museums and libraries in Idaho, Washington, Oregon, California, New Mexico, Montana, Wisconsin, Michigan, and Washington, D.C.

Amalia earned her Master of Science degree in Environmental Studies from the University of Wisconsin-Madison’s Nelson Institute in 2008. Dr. Nancy Langston, a well-published environmental historian, former Editor of Environmental History and past President of the American Society for Environmental History, served as Amalia’s advisor at the UW. Amalia’s Master’s thesis, Becoming Wilderness: Nature, History and the Making of Isle Royale National Park, was published as a book in 2011. Following graduate school, Amalia worked for the Wisconsin Department of Natural Resources for eight years in a variety of environmental communication roles before moving to Boise.

Between undergraduate and graduate work Amalia worked for the National Park Service as an interpretive ranger in several different parks around the country. She gave hundreds of public programs about the history of individual parks, the park service, and the conflicts inherent in managing public lands.

Amalia, her husband, and her two children spend as much time exploring the outdoors as possible. They are all avid hikers, backpackers, campers, bike commuters, and cross-country skiers.