SHRA » Who We Are » Interns 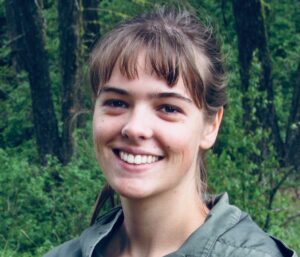 Fall 2022 – Suzannah Hitchcock was born and raised in Perth, Western Australia, and moved to Boise, Idaho in 2015. She is in the final semester of her Bachelor’s degree in History at Boise State University and hopes to develop skills in research and oral history techniques during her internship with SHRA. 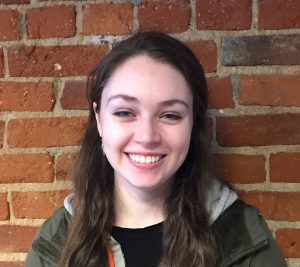 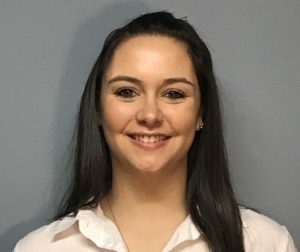 Spring 2019 – Jenna Shaw was born and raised in San Francisco, California. She is in her final semester at Boise State University and is working toward her Bachelor of Arts degree in Urban Studies and Community Development. As part of her undergraduate degree, she has also completed course work to earn certifications in Civil Mediation and Dispute Resolution & Conflict Management. She hopes her experience as an intern with Stevens Historical Research Associates will provide her a deeper understanding of the importance of history and its context in both the urban and natural environments. Outside of academics and the office, you can find her running, hiking the Boise Foothills with her goldendoodle Kingsley, or in a barre class. 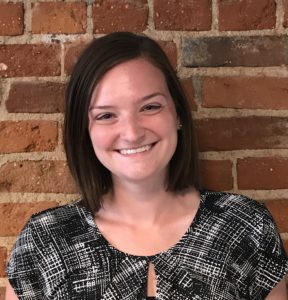 Fall 2018 – Jennifer Tucker, Graduate student intern, MA candidate in Applied Historical Research at Boise State University. In 2017 she graduated from Indiana University with a Bachelor of Arts in United States History and a minor in Spanish. In 2019 she earned a Master of Arts in Applied Historical Research from Boise State University.  Her thesis explored the urban environmental roles of Boise’s public cemeteries.  Before joining the team at SHRA, Jen served as an Urban Trails intern and then as the Urban Trails Coordinator for the Boise City Department of Arts & History.  After her graduation from BSU, Jen worked at SHRA as a research historian until October 2020.

Spring 2018 – Maicee Byrd was born in Sacramento, California, and moved to Boise, Idaho, when she was a high school sophomore. She attended and graduated from Rocky Mountain high school in 2013. As a senior this year at Boise State University, Maicee is a double major in History and Spanish. She hopes that her internship experience at SHRA will expand her professional skills within the field of history, and develop research methods that will carry on to an eventual career in environmental law. Outside of the office, you can find Maicee on the Greenbelt, in the yoga studio, or catching up on reading in the Albertson’s Library.

Fall 2017 – Erin Lozowski is originally from Las Vegas, Nevada but spent her teen years in Seattle, Washington. She came to Boise to get her undergraduate degree in History, with a minor in Art at Boise State University. Now in her final year Erin hopes to develop research techniques and learn other valuable skills in the field of History to assist her future endeavors in Graduate School and beyond. In her spare time Erin enjoys working in many medias of art, especially photography. Summer 2016 – Sam Jones was born and raised in Boise, Idaho and is now working on his undergraduate degree from Boise State University, double majoring in History and Linguistics. History has been a long-time passion for Sam, and he’s excited to be able to interact with it outside the classroom at SHRA and to explore it from a new angle. In his free time, Sam enjoys hiking, biking and anything outdoors. He is also a devoted fan of the Seattle Sounders soccer team and enjoys both watching and playing the sport. Summer 2015 – Molly Myers is originally from Arlington, Virginia, but spent the majority of her childhood in Boise, Idaho. An Alumna of Boise High School, class of 2012, she is currently enrolled in an International Honors Joint Degree Program with the College of William and Mary and the University of St Andrews where she splits her time between the two schools. Molly has been an active part of both communities, playing on the Women’s 1st Volleyball team at the University of St Andrews and participating in the Alpha Chi Chapter of Gamma Phi Beta Sorority at the College William and Mary. As a History Major, she hopes to pursue her love of the subject and develop both research and writing skills through her internship with SHRA. Fall 2013 and Spring 2014 – HannaLore Hein, Graduate student intern, MA candidate in Applied Historical Research at Boise State University. n May 2011, HannaLore Hein graduated Magna Cum Laude in History and with the Center of the American West’s certificate in Western American Studies. In the fall of 2012, HannaLore began a graduate program in Applied Historical Research at Boise State University where she focused her studies on the entrepreneurial and environmental history of the American West. The culmination of her studies was a master’s project that used architectural history as a lens through which to explore the corporate histories of two legacy companies in Boise, Idaho and their role in creating a sense of place.  After her graduation from BSU, HannaLore worked with SHRA as a Research Historian until August 2019 when she became the State Historian of Idaho. 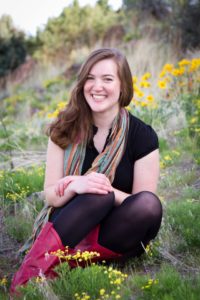 Summer 2013 – Sadi Mosko graduated from Boise High School in May 2013, where she was an active member of the Boise Architecture Project, Symphonic Orchestra, and president of the History Club. She is currently attending Columbia University in New York City. During her summer internship, Sadi showed great aptitude for research and writing, and SHRA hopes that she will continue to pursue her love of history. In addition to her academic success, Sadi is also an accomplished dancer who was an active member of the Balance Dance Company in Boise.