NPR teased its listeners on Wednesday morning with this: “It’s hard to be a Democrat in the Deep South.” The teaser was a plug for a political story that aired later that day and no doubt mentioned the increasingly contentious upcoming presidential race. It’s likely that some of the story’s interviewees may have lamented our lack of cohesiveness in the United States today, and how uncivil our discourse has become.

Historically speaking, if radio had been a part of the media landscape back in 1912, the teaser might have said, “It’s hard to be a Republican in the Deep South.” The 1912 version of this story may have gone on to detail the 1912 election, which featured a three-way race, with former president and Republican Theodore Roosevelt and his new break-away Bull Moose Party challenging the incumbent Republican William Howard Taft, and the Democratic party candidate New Jersey Governor Woodrow Wilson. The Republicans’ outrage at the traitorous Bull Moosers caused the Grand Old Party to campaign less against the Democrats that year than against the former members of their own party, leading, of course, to a Wilson victory. 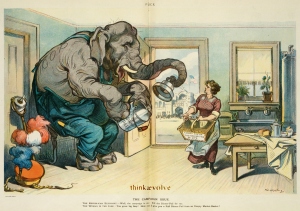 100 years later, it’s nearly impossible to avoid the media and even harder to avoid the omnipresent political stories and coverage littering each news cycle. We are less than six weeks away from the 57th presidential election in our nation’s history, and each quadrennial, Americans provide endless chatter, complaint, and reluctant resignation about the raucous and partisan nature of this most fundamental part of our democracy.

Far from a recent phenomenon though, partisan rhetoric and incivility have been a part of American politics for a very, very long time, and in that sense, the 2012 election is very similar to the presidential election of 100 years ago. A recent find at the Idaho State Archives showed that these traits have been characteristic elements of democratic elections in the United States for at least a century. 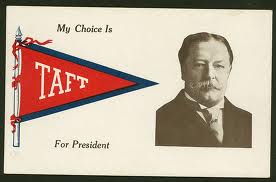 Oklahoma resident John W. Bishop wrote a four-page letter to future Idaho Governor John M. Haines on October 20, 1912, just a few weeks ahead of the 1912 election. The letter was written on The Loyal Republican Taft and Sherman Club stationery, an Oklahoma club that was “organized for the preservation of the party of Lincoln, Grant, Garfield, McKinley and Taft,” and whose membership was made up of “Republicans who are loyal to Loyal Republicans.” Mr. Bishop’s tone could not have been icier toward the iconic yet “insurgent” historical figure of Roosevelt:

“I have more use for a Socialist than I do for a ‘Bull Mooser.’ [Roosevelt] is the most despicable figure in public life to-day.” [sic] 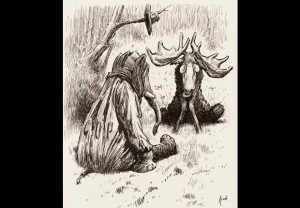 The splintering of the Republican Party did not help Bishop’s party cause in Oklahoma, which he recognized was part of the Democrats’ post-Reconstruction hold on the “Solid South.” Bishop predicted that Wilson would carry Oklahoma by more than 25,000 votes, and argued that “we shall have to get more Northern men in here before we can hope to win [since] the Democrats have established almost as much of a political oligarchy in Oklahoma as they have in Mississippi.” It took another 50 years or so and another series of extremely violent and contentious events related to the Civil Rights Movement before the Democrats’ firm grip on the South was finally broken.

While the political makeup of the South has changed dramatically since 1912, other aspects of the political process remain consistent. For instance, some states – Iowa, for example – seem to continually draw special political attention because of their potential for tipping national elections one way or the other. According to his letter, Bishop’s son Roscoe Zane had recently reached voting age and would be casting his first presidential vote for Taft. Pointing to Iowa’s significant role in politics even in 1912, Mr. Bishop seemed especially enthusiastic that his son would be voting in Des Moines, “that hot-bed of insurgency.” Living in Idaho, we do not have the same parade of political actors, not only because of our few electoral votes and lack of an early primary, but also because we are predictably a Red State. But Iowa is one of those states that seems to have always commanded political attention. 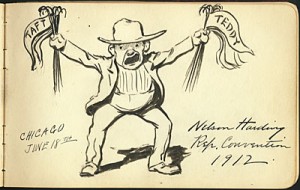 Harding on the division of GOP. Image via Archives of American Art.

The 1912 letter illustrates the strong partisanship that continues to characterize our political process, which is something we should recognize as fundamental to the founding principles of our nation. Today’s Republicans might not be facing a breakaway party, but certainly there is dissension in the ranks coming from the Tea Party conservatives. Democrats are facing similar internal dialogue from the Occupy Wall Street contingent. These movements within the larger parties help Americans redefine what they stand for and move public discourse to the left and to the right. Our election cycles provide a regular vetting of such ideas and allow the country to continue charting a democratic course for our nation.