Last fall, as a board member of the Center of the American West, I was lucky enough to attend their annual Board Member Retreat. Every year the Center’s staff plans a four day excursion to a western location so board members have a chance to learn about the history and experience the culture of other western cities and communities. The Center organized the most recent retreat in Missoula, Montana in an effort to forge new relationships and find commonalities between the communities in Northwestern Montana, and Boulder, Colorado, where the Center is based. Over the four days I spent in Missoula, I met and engaged with various western writers, including William Kittredge and Annick Smith, former Congressman Pat Williams and former Missoula mayor Dan Kemmis, and numerous tribal members of the Confederation of Salish and Kootenai Tribes. And although everything about this particular retreat remains vivid in my mind, the time spent on the Flathead Reservation with representatives of the Salish-Pend d’Oreille Culture Committee retains the most clarity, perhaps because of the content and nature of our discussions and the tribe’s inspirational efforts to protect their tribal homeland. 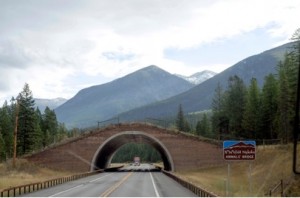 Wildlife Bridge along U.S. Highway 93 on the Flathead Reservation, complete with Placename sign.[7]

The history of the Confederation of Salish and Kootenai Tribes is rich with long-standing attempts to protect the fish, wildlife, and the physical environment that the 1885 Hellgate Treaty granted them. In 1936, the very first Confederated Tribal Council met and voted to set aside 100,000 acres of reservation land in the Mission Mountains as a tribally maintained national park. Although the tribally-managed park would have been the first of its kind in the country, the idea died in the Department of the Interior’s Washington Office of Indian Affairs.[1] Nonetheless, the tribe did not let the idea completely die, and in 1982, the Confederated Salish and Kootenai Tribes became the first tribe in the United States to establish a tribal wilderness area, calling the 92,000 acres of reservation land the Mission Mountain Tribal Wilderness Area. Within the overall area, there is also a 10,000 acre Grizzly Bear Conservation Area. 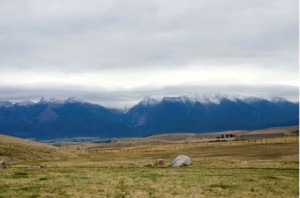 In addition to this specific Tribal Wilderness designation, the Confederated Salish and Kootenai Tribes’ Division of Fish, Wildlife, Recreation and Conservation has also worked in recent decades to establish conservation areas for major herds of elk and bighorn sheep, to restore damaged areas of the Jocko River Watershed, and construct wildlife bridges and crossings along sections of U.S. Highway 93 that cut through the Flathead Reservation. This Division believes that “the acquisition and restoration of these lands and their management for fish and wildlife are helping to restore a cultural landscape of great importance to the Tribes.”[2] According to the Salish-Pend d’Oreille Culture Committee and Elders Cultural Advisory Council, the Confederation recognizes that their ancestors were connected to this place physically and spiritually. Currently, the Culture Committee endeavors to strengthen and revive the ancestral connection to their homeland through “continued stewardship of the land, the water, the plants and animals and by maintaining and exercising treaty rights.”[3] 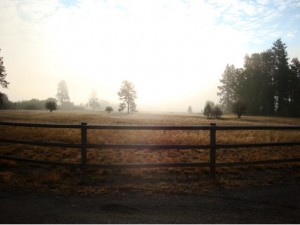 Photo of Council Grove State Park. The site where in 1855 negotiations took place between U.S. Officials and leaders of the Salish, Pend d’Oreille, and Kootenai Tribes, which culminated in the signing of the Treaty of Hellgate. Photo by author.

Only after spending an entire day driving through the Flathead Reservation and hearing tribal leaders speak about their connection to the land and their efforts to sustainably and responsibly manage these natural places did the magnitude of their accomplishment really hit home. However, the steps that the Confederated Salish and Kootenai Tribes took to establish a tribal wilderness area also made me question what I knew about wilderness.

William Cronon, renowned environmental and Western American Historian wrote an article titled “The Trouble with Wilderness; or, Getting Back to the Wrong Nature” in which he questioned the entire premise that a wilderness area is in fact wild. In his article, he points to the “ironies” within the wilderness movement and the national park movement, and explains that both of these movements “followed hard on the heels of the final Indian wars, in which the prior human inhabitants of these areas were rounded up and moved onto reservations.”[4] He goes on to argue that the “myth of the wilderness as “virgin” uninhabited land had always been especially cruel when seen from the perspective of the Indians who had once called that land home. The removal of Indians to create an “uninhabited wilderness” – reminds us just how invented, just how constructed, the American wilderness really is.”[5] While Cronon makes valid points through the entire article, I have to wonder whether the Confederated Salish and Kootenai Tribes would agree with Cronon’s argument.

In many ways, the tribe’s early efforts and ultimate success in establishing the Mission Mountain Tribal Wilderness Area speaks to their unique worldview and sense of responsibility. But even more so, it speaks to their courage, as Germaine White, Information and Educational Specialist for the Tribes’ Division of Fish, Wildlife, Recreation and Conservation, noted in an interview from 2012. White explained that the acres initially set aside in 1936 “represented a full quarter of all the lands the tribes controlled on the reservation at the time.”[6] And although the Confederated Salish and Kootenai Tribes represent but a small fraction of the Native American population, I cannot for an instant think that they would view their determination to designate a portion of their native homeland as wilderness as anything other than natural. 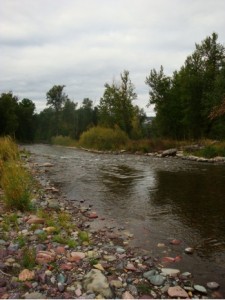 Photo of a section of the Jocko River that is the currently being restored. Photo by author.

[4] William Cronon, “The Trouble with Wilderness; or, Getting Back to the Wrong Nature” in Uncommon Ground: Rethinking the Human Place in Nature, ed. William Cronon (New York: W. W. Norton & Co., 1995), 79.