Combing through old newspapers recently, we stumbled across a notice about a circus making its first visit to Idaho Territory. In the August 4, 1864 edition of the Idaho Tri-Weekly Statesman, the reporter asserted that “everybody has seen Dan Rice’s circus in one part of the world or another, and everybody goes to see it again when they have an opportunity.” If you spend any time reading 19th century newspapers, however, you quickly realize that the editorial tone can often be fantastic or hyperbolic. Because their names live on, today most Americans are familiar with 19th century circus entrepreneurs like P.T. Barnum, James Anthony Bailey, and the Ringling Brothers, but just who was Dan Rice? Is it plausible that he was a household name in 1860’s Idaho?

According to Rice biographer David Carlyon, this ringleader was one of the 19th century’s most famous entrepreneurial entertainers. But the title of Carlyon’s book, Dan Rice: The Most Famous Man You’ve Never Heard Of, says it all. A born showman, Rice originally made his name by performing with a trained pig and eventually built up a travelling show that was the first to be known as “the greatest show on earth.” 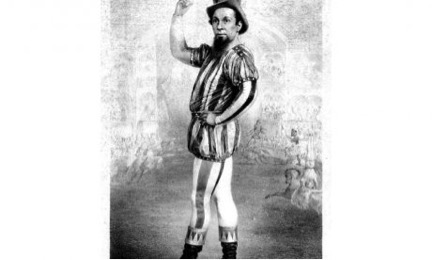 Dan Rice started his first circus in the late 1840s, and performed and refined his acts through to 1891. By the time Rice arrived in Idaho Territory in 1864, he had been touring the continent for fifteen years. Because circuses were popular forms of entertainment back then, it is little wonder that the news was exciting in these early days in Boise, which had been incorporated for only a year. In this case, anyway, it looks like the editorial voice of the Tri-Weekly Statesman was right on target.

danricedays.com, Who is Dan Rice?