Technology has almost entirely killed the old-fashioned letter, and, in the wake of its demise, the mainstay federal agency whose history helps us trace our own country’s social and cultural past has been crippled. This summer I came across a pile of letters I exchanged with my husband during our courtship. I remember waiting for the mailman to come and hoping he’d bring me a piece of my boyfriend who was living hundreds of miles away. 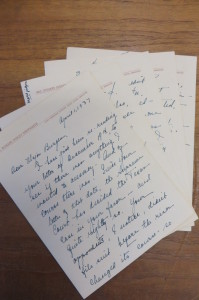 Handwritten letters from the Dolph Briscoe Center for American History at the University of Texas at Austin.

Prior to the modern technological wave that spawned today’s instant communication methods, the Post Office Department served as the United States’ primary courier. Founded by Benjamin Franklin in 1776, the Post Office Department (predecessor to the U.S. Postal Service) is the second oldest federal department/agency of the United States of America. On September 22, 1789, Congress passed an act that made the Postmaster General subject to the appointment of the President. Days later, President George Washington appointed Samuel Osgood as the United States’ first Postmaster General. Changes came in 1800 when the Post Office’s headquarters moved from Philadelphia to Washington D.C., the country’s new seat of government. The historical record indicates that two horse-drawn wagons carried all postal records, furniture, and supplies to the nation’s new capital. Changes came again between 1789 and 1861 when the significant population increase of the United States caused the Post Office Department to expand. Mail travelled to its destination often through a combination of horse, steamboat, and rail. As the department passed its 100-year anniversary and entered the 20th century, innovations such as automobiles, airplanes, and zip codes transformed how the Post Office delivered the mail.[1] The U.S. Post Office’s long standing existence makes its archival records highly interesting and valuable to historians, since the history of the government department mirrors the history of social and cultural change in the country. 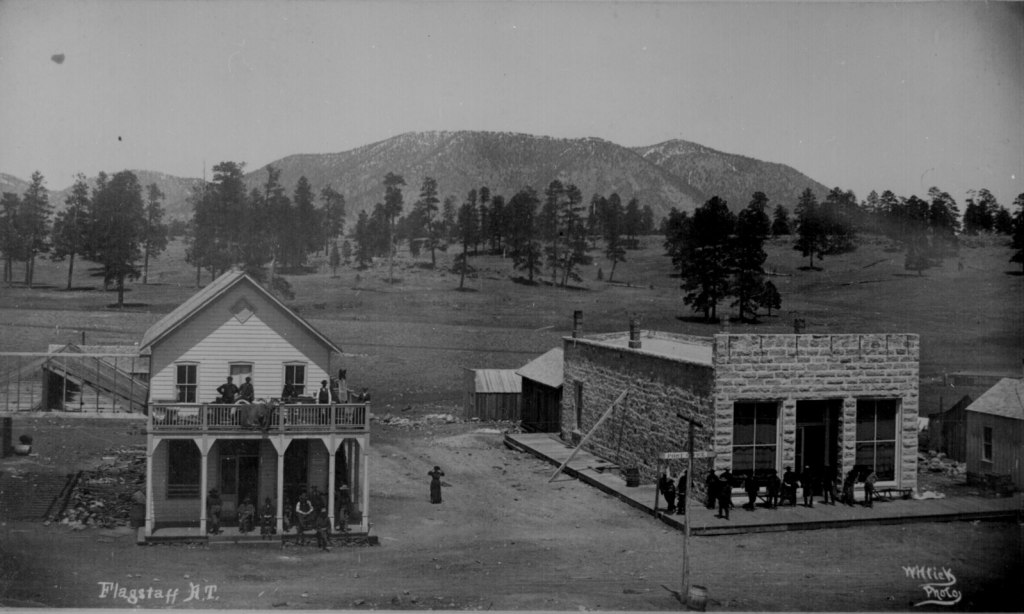 Street view of the post office and other buildings in Flagstaff, Arizona Territory, 1899, from here.

Archival records housed at the National Archives and Records Administration (NARA) contain a plethora of information that shed light on otherwise unknown aspects of history. A large portion of the records are stored on microfilm rolls at Archives I in downtown Washington, D.C. While reading microfilm is no one’s idea of fun, the information gleaned from the microfilm makes it worthwhile. For example, control of a post office at times was a family affair, where the title of Postmaster fluctuated between relatives as was the case at The Denmark, Ashtabula County, Ohio post office.[2] Post Office records also have revealed that women were often appointed postmasters of small rural post offices across the country.[3] Applications to establish new post office locations also contain valuable information for researchers. When applying to establish a post office, applicants submitted site reports that positioned the proposed post office’s location with nearby creeks, rivers, railroad stations, existing postal routes, and even other post offices. While rough in nature, the sketches nevertheless show how topography might have changed over time as well as the possible foundations of growing communities. In many respects, the Postal Office Records offer historians the opportunity to ask questions which might lead to novel historical inquiry.

The Smithsonian’s National Postal Museum also actively preserves this history of the Postal Office. Exhibits range from an in-depth look at the United States Postal Inspection Service and its 2001 battle with anthrax to the study of philately, or stamps. The National Postal Museum’s website hosts more than 30 rich virtual exhibits online, which dive into a plethora of interesting topics.

As for writing letters, my husband and I only lasted a mere two weeks. We cracked under the advantages of near instant communication. Nevertheless, for a short time we experienced what it must have been like for so many couples before us…waiting for the postman to appear.