Because most of our projects focus on the built and natural environments, SHRA researchers often find themselves researching at the unique intersection between environmental and urban history. In early 2014, our research led to 1950s photographs of Fairview Avenue in Boise, Idaho, a road that is now a major thoroughfare in the Treasure Valley. One of the images that we found captured the Green Gables Motel.[i] Using historic address books at the Idaho State Archives, SHRA researchers were able to figure out the address of the now long-extinct Green Gables Motel. A quick trip to Google Maps[ii] allowed us to compare the 1950 image below with the modern street view from the same location. 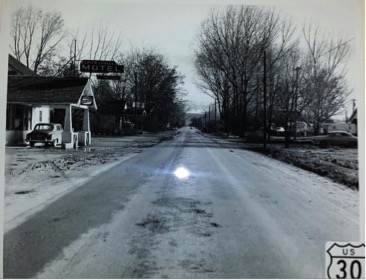 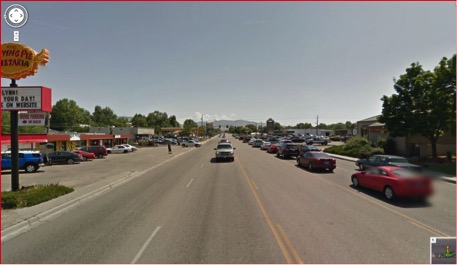 The images speak to a variety of historical themes that characterized the United States after the conclusion of World War II. Numerous historians have documented the growing popularity and pervasiveness of the automobile after 1945. The noticeable presence of more vehicles on the road and in adjoining parking lots in the modern photograph conveys Americans’—particularly those in the West—continued dependence on commuting and automobiles. The end of World War II likewise signaled a significant shift in where families sought to settle down. Families abandoned city centers for the cookie-cutter homes and well-manicured lawns of the suburbs. This exodus from cities for “bedroom communities” is shown by the widening of Fairview Avenue to allow for four lanes of traffic and the opportunity to easily commute to the western edge of the city.

These images, like so many others we’ve found, provide visual representations of the steady changes that occur in both built and natural landscapes over the course of time.