Editor’s Note: This week’s blog is part of our ongoing series on our favorite reading rooms. See previous installments here and here.

Growing up a ferry ride away from Seattle, I can attest to the accuracy of the city’s reputation of gray skies, constant drizzle, and excellent coffee. What’s funny is that it took moving away to discover the intriguing history of the city. A combination of life circumstances and educational opportunity brought me to Boise, Idaho, but over the past two years I’ve had the opportunity to travel back to the Emerald City numerous times to conduct historical research at the Seattle Municipal Archives (SMA). For a variety of reasons, such as size, view, and its unique set of holdings SMA is a special place to research and lands on my list of favorite reading rooms. 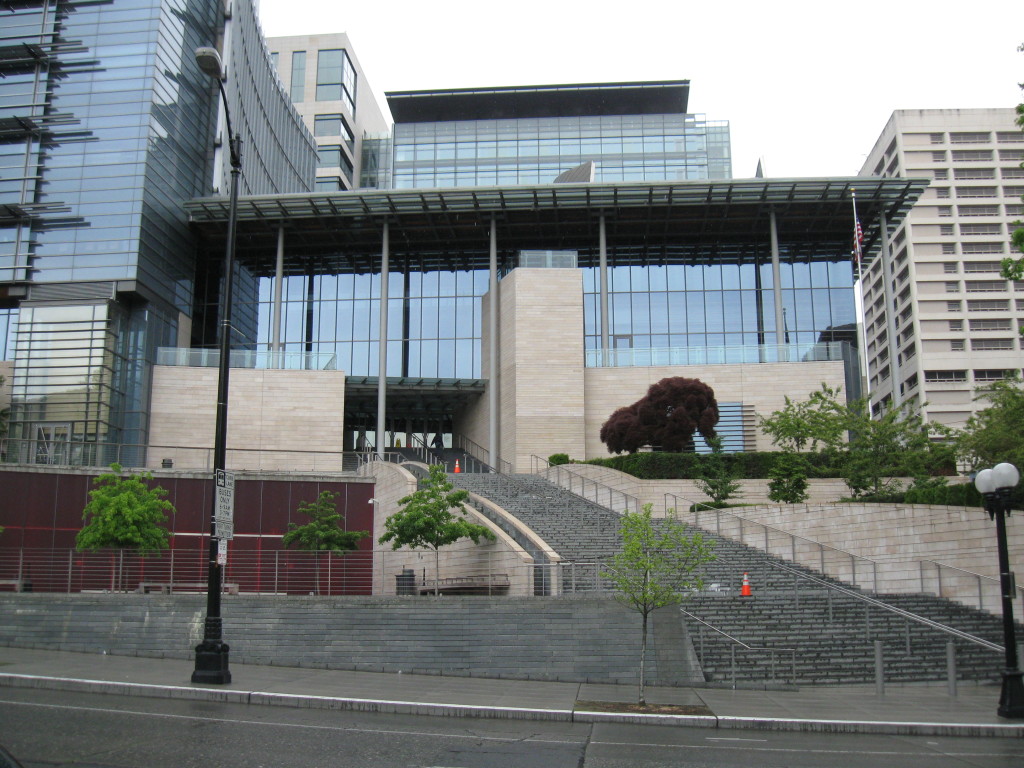 Established in 1985 through a two-year grant from the National Historical Publications and Records Commission, SMA was originally a program of the City Clerk Division of the Office of the Comptroller. In 1988, SMA published A Guide to the Archives of the City of Seattle. The Society of American Archivists’ awarded the Guide its C.F.W. Coker Prize as the year’s outstanding work in the area of archival description. This impressive piece of work, which is now available online and is both browseable and searchable, remains not only a cornerstone of the agency but an invaluable research tool. SMA’s work continued into the 1990s and by 1993 a City Charter amendment transferred the post of City Clerk and SMA to the city’s Legislative Department. 11 years later SMA moved into the fourth floor of Seattle’s new City Hall. The move provided a large storage area, complete with movable shelving for maximum storage space which allowed for once disparate records to be housed in one cohesive location. Additionally, the new space included a freezer that could create an ideal environment for the preservation of film.[i]

SMA’s reading room is a cozy space lined with short, built-in book shelves along its walls, all of which are filled with books, manuals, and reports on Seattle. Where the book shelves stop, the impressive view of Elliot Bay begins. Large windows provide natural light (a luxury when doing archival research) and an unparalleled viewpoint of the Puget Sound.

Far and away what makes SMA one of my favorite places to research are its unique holdings. As expected the archival records document the history, growth, and happenings of the City of Seattle departments and elected officials. However, the diversity in the types of sources encountered at SMA is what breathes new life into the records. With over 6,000 cubic feet of textual records, 3,000 maps and drawings, 3,000 audiotapes, hours upon hours of motion picture film, and over 1.5 million photographic images, the documents SMA maintains provoke evocative stories of industry, feats of engineering, and a bottom-up perspective of urban planning. 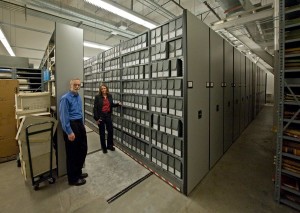 City archivists at the SMA. Image.

When we complete our research at SMA, I almost always experience a bittersweet feeling. Between the detailed indexes and finding aids, attentive archivists and unique material, research trips at SMA are a smashing success. However, very few municipalities take record keeping so seriously. Some large cities in the West (like Los Angeles and Portland) also boast impressive archives, but most don’t have the wherewithal to provide the public and experienced researchers the information and access to their records. In some instances, city records haven’t been preserved at all. While sad and at times discouraging, such a state of affairs makes me cherish my time at SMA.